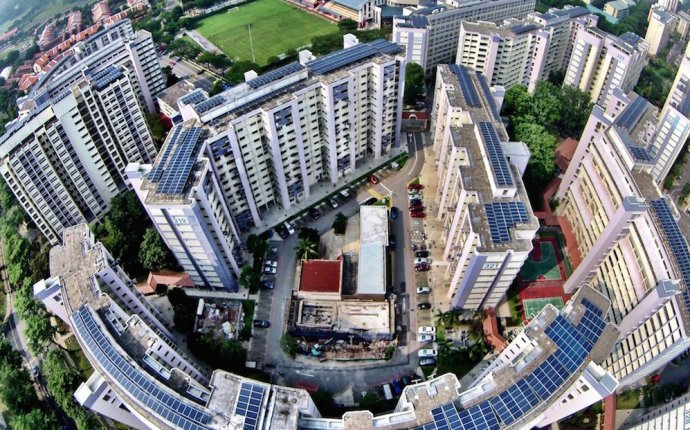 Shout it from the rooftops - America's rooftop solar capacity could be double what scientists previously thought.

"For figuring out technical solar potential, I think this is a very good study, " Mike Jacobs, senior energy analyst at the Union of Concerned Scientists, told The Huffington Post.

Researchers used sophisticated LiDAR technology to map the topography of 128 cities in the U.S. down to the square meter. Combining that data with estimates of solar capacity researchers were able to gauge the total rooftop space available for solar power production in the U.S.

Their findings estimate the "technical potential" of rooftop solar production in the U.S. to be 1, 118 gigawatts of capacity, which amount to 39 percent of national electricity sales and is nearly double what previous studies estimated. The study also found that small buildings hold the greatest solar potential, accounting for 65 percent of potential rooftop solar capacity.

That doesn't mean the U.S. will start generating nearly half of its electricity from rooftop solar panels, however. "Technical potential" refers only to what the U.S. could produce if every inch of suitable rooftop space were used for solar production, said Robert Margolis, senior energy analyst at NREL and co-author of the study. "It’s not necessarily what you would do economically, " Margolis told HuffPost.

Researchers counted only rooftops that receive enough sunlight to power solar panels efficiently. Rooftops blocked from the sun by trees or other obstructions, as well as north-facing rooftops, were ruled out. The study also didn't count solar installations in parking lots or large-scale industrial facilities.

The Obama administration's Clean Power Plan is aiming for a 30 percent reduction of total carbon emissions in the U.S. by 2030. The expansion of solar and other renewable energies will be key to meeting that goal. Accurately assessing the country's rooftop solar potential could help researchers and lawmakers figure out how to blend rooftop solar into a cleaner national energy mix, according to Margolis.