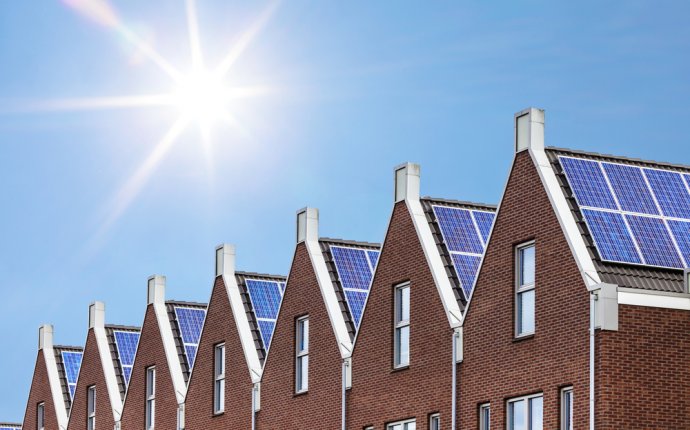 Let’s face it: life happens. You may be planning to install solar at your house this month, but five years down the road you could get relocated for work and have to sell your house and move elsewhere. Or, you might be living in a home that you expect to outgrow but aren’t quite sure of when that next move will happen. The question is, when you don’t know if you’ll be in your home indefinitely, should you still be considering solar? The short answer is, YES. Going solar is still a viable money-saving solution for your house, even if you expect to sell it in the foreseeable future.

Solar can increase your house’s value in a sale

Depending on how you decide to go solar, you may be able to benefit from your solar energy system during the home sales process. Studies show that homes with solar tend to sell more quickly and for higher prices than comparable homes without solar. However, that all depends on whether you bought or leased your solar panels.

Home sales if you own your solar energy system

In a study conducted by the Lawrence Berkeley National Laboratory, researchers found that potential homebuyers were willing to pay more for homes equipped with customer-owned solar. In fact, they discovered that homes with the average PV system in their sample size (3.6 kW) sold for a premium of $15, 000 across different states. Even if you have a portion of a solar loan to pay off, the increase in sale value of your home can help offset or even cover that loan residual amount while also creating a profit.

Home sales if you leased your solar energy system

Many homeowners considering a solar lease express concern about reductions in home value. They worry about potential buyers being unwilling or unable to take over the lease, and the potential costs that they would incur if they had to buy out their lease. Luckily, most of these concerns are unfounded.

A recent study done by Lawrence Berkeley National Laboratory analyzed homes in southern California that had been sold with a solar lease/PPA attached. Most participants saw no impact on their home sale value as a result of their lease agreement. Researchers also found that 77 percent of the leases were successfully transferred to the new property owner, but that 20 percent of study participants had potential buyers scared off because of the leasing agreement.

There are additional considerations to keep in mind if you expect that you’ll be selling your solar home during your solar energy system’s lifetime (typically 25 to 30 years). We’ll go into further detail of those below.

Selling your house with a solar lease or PPA

Don’t feel forced to pay high utility electricity rates today just because you might move in the next 20 years. The typical lease/PPA agreement lasts for 20 to 25 years, but it’s well within your rights as a homeowner to sign an agreement now and then sell your home before the end of your lease term. There are two strategies to sell a home that has a leased solar energy system attached:

If you’re considering transferring the lease to a new property owner, they will need to meet the credit requirements of the third-party owner of the system. This isn’t usually an issue – if a potential buyer has been approved for a mortgage, then their credit score is likely high enough for a solar lease/PPA.

If you’re selling a solar home with a leased system, keep in mind that the terms of your lease agreement will vary depending on the leasing company. For example, some leases may have a penalty for paying the lease out prematurely, and some might be easier to transfer to a new homeowner than others. Be sure to read your lease agreement thoroughly before signing so you fully understand the terms.

Selling your home with a solar loan

Your options for selling your home with solar if you own the system vary depending on how you financed the purchase. If you plan on financing the purchase with a secured loan (like a home equity loan or home equity line of credit), you will have to pay off the remaining balance of the home before you sell. This is because your property is used as collateral for the loan. In most cases, secured loans don’t have prepayment penalties, so there’s no disadvantage to paying the system off early.

If your solar panel system is financed via an unsecured loan, the loan is not tied to your property, so you can sell your home and move prior to paying it off. Remember, you are still obligated for paying off the remainder of the loan.

In most cases, paying off secured or unsecured solar loans is straightforward – since solar panels increase the value of your home, you can usually pay off the loan with the additional revenue from your home sale.