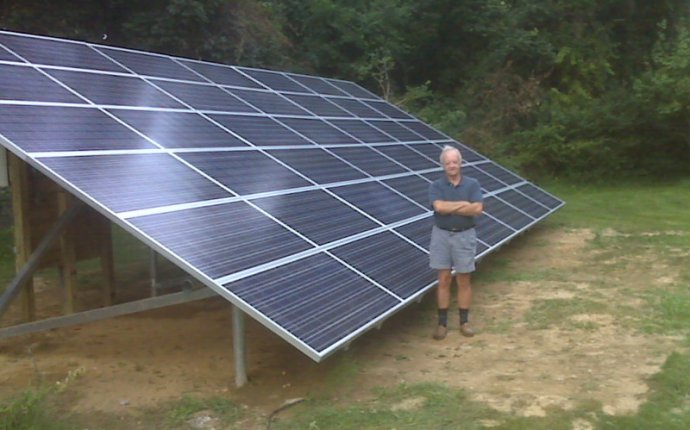 Which solar Panels are the best?

The income is then paid for the following 20 years, or 25 years if the panels were bought before August 1 2012.

Those who installed panels in 2010, for example, are now paid 48p for every unit of energy they use until 2035, whereas solar panels installed today would receive just shy of 14p until 2035.

But buying a set now is considerably cheaper, saving more than £5, 000 from five years earlier. As a rule of thumb, those who locked in high tariff payments five years ago get an excellent return if they generate a lot of electricity. Now, although householders would earn less from panels, the initial cost is far lower.

Sharon and Bruce Wares, from Inverness, Scotland, bought their panels in mid-2012, at a time when the feed-in tariff was paid for 25 years instead of 20, and installation costs had recently fallen.

The data shows that the Wareses earn less than 50pc of the feed-in tariff payments from two years earlier. They receive 23p for every unit of electricity generated from their set of 16 panels. The research was compiled by the Energy Saving Trust using Ofgem figures. Any solar energy they don’t use is exported to the National Grid and earns a smaller "export" tariff of less than 5p per kWh.

Of course, these figures depend entirely on how much energy is used in the home – you will get a bigger return if you are at home during the day, using electricity when the sun is shining – in addition to the original cost of the panels, which varies by property type and installer.

Now, the feed-in tariff is 41pc lower than it was in July 2012, when the Wareses bought their panels. But the initial cost of installing panels is just 5pc cheaper than it was three years ago, the research shows.

The Wareses now earn £800 tax-free each year via the feed-in tariff. If they continue to generate and use the same amount of energy, they will have almost trebled their original £7, 000 outlay, earning £20, 000 from feed-in tariffs alone.

Had they waited until now to install, their feed-in tariff payments would equate to less than £500 a year.

"Before we got the panels, we didn’t know how it would affect the house, but the impact has been minimal, " said Mrs Wares, who works for the local council. The couple’s panels sit on the south-west facing roof of their bungalow, and are visible from the back garden. They also have a meter reader and a box called an inverter, placed in their loft.

Mr Wares said: "We notice the panels are exceptionally good once the clocks go forward, during spring and summer time, while production is noticeably lower in December and January."

Should I wait to get cheap solar panels?

This is because the technology – while it may get cheaper – is not guaranteed to fall steeply, whereas the feed-in tariff is predicted to drop or even be phased out.

The tariff is reviewed every three months based on how many panels have been installed – the more popular they are, the further the cuts to the payments. The next review is due in July.

The Government is also expected to reassess later this year whether the system should continue at all.

David Weatherall of the Energy Saving Trust said: “The Government wants to get to a point where there is no feed-in tariff, because the solar panels are cost-effective on their own, compared with buying electricity from the grid.

"There’s been an explosion of solar panels across the globe, and although fossil fuel prices are falling, potentially lowering this demand, we still expect a decline in the price of panels.

"The focus is now on setting payments at a level that is high enough to make solar panels cost-effective for householders, while also keeping it at a level low enough so that it doesn’t unnecessarily impact other householders’ energy bills."

There are a few factors that make solar panels cheaper, including increased demand across the world and developments in technology.

'Free' solar panels – are they worth it?

Cost-free panels are also on offer from companies who will pay to install them on domestic roofs – but there's a catch. In return for providing the free panels, the firm will pocket all your feed-in-tariff payments, as well as money paid for the electricity you export.

Without the feed-in-tariff payments, generating your own electricity from the sun is not such an attractive proposition.

Jeff Howell, home troubleshooter and Sunday Telegraph columnist, said: "In return for 'free' panels the firm can claim thousands of pounds in payments for itself.

"Meanwhile you might get a few pounds' worth of electricity a year, but only if you are at home in the middle of the day using an appliance at the same time as the sun is shining."

The Energy Saving Trust said householders might see a reduction in their energy bills, but to take energy saving claims made by these companies with a pinch of salt. "We do hear from some customers who are disappointed that the panels don't reduce their bills dramatically, so sometimes it is worth paying for solar photovoltaic yourself, " said Brian Horne, of the Energy Saving Trust.