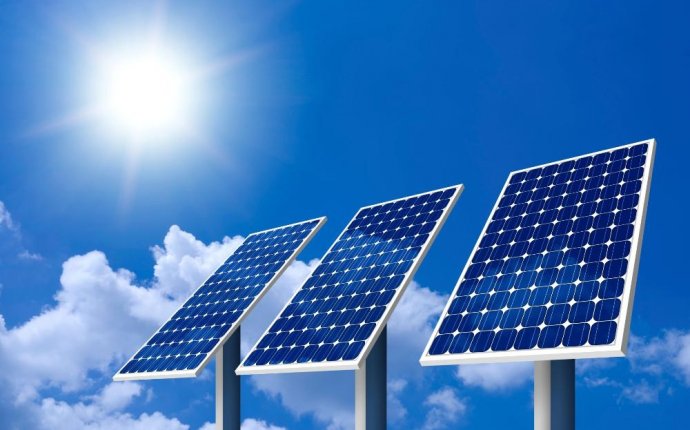 Solar panels are one of the most widely accessible and practical technologies for renewable energy on the market. So why aren’t they on every home in the country? Despite their benefits, a number of long-standing misconceptions about the capabilities, cost, and reliability of home solar panels have inhibited the growth of this game-changing technology. Today, we’re debunking some of the most pervasive myths about solar panels.

You may have heard that you need a minimum of $10, 000 before you can even think about getting solar panels for your home, but this figure doesn’t take into account the plethora of federal, state, and local government subsidies and tax breaks available to help homeowners invest in solar technology.

Furthermore, because the government is so supportive of solar technology, many financial institutions have begun offering very low rate loans and leases to homeowners. With the right terms in place, you may be able to pay for your entire solar installation without putting any money down and only have a small monthly payment.

There’s a reason that a 2013 report by GTM Research predicted that the U.S. residential is going to grow from $1.3 billion in 2012 to $5.7 billion in 2016. The market is betting big on solar technology, which means it’s time for you to make the investment.

Myth #2: It will take 15 years of payments before it makes financial sense.

Homes with solar panels are extremely desirable and can significantly drive up real estate value. In fact, according to a 2011 report from the U.S. Department of Energy, your house price will rise by an average of $18, 000 – $23, 000 the first day you invest in a solar project. That’s right. Just one day with solar and your home increases in value.

Now imagine that you’ve been saving money on your energy bills for 20 years thanks to your solar panels and you can see why this myth is bogus. What other home improvement project can you think of that actually pays you and increases the value of your house? If that doesn’t make financial sense, then nothing does.

Myth #3: Solar technology is only for hippies and tree-huggers.

Energy policy may be a divisive political topic, but solar panels are popular no matter who you support. In fact, a recent found that 76% of all Americans – Democrats, Republicans, and Independents – want to see the country put more emphasis on solar technology as a source for domestic energy production.

Even the most right-wing conservatives recognize the social and economic benefits it offers, and some politicians are even proactively pushing solar technology in their communities. Just look at R. Rex Parris, the Republican mayor of Lancaster, California. A conservative politician in a primarily right-leaning city, Parris proposed a plan that would require solar panels on all new construction. And guess what? His city was happy to support it

As he explains, “Lancaster is one of the most conservative Republican districts in the country. But Republicans are smart. When you show them a solution, they will take it.”

Myth #4: Solar Panel Efficiency is increasing. I should wait.

In 1839, then 19-year-old French physicist A. E. Becquerel built the world’s first photovoltaic solar cell. Solar panels have come quite a long way since then…but probably not as far as you’d think.

Unlike computer chips, where the number of transistors on integrated circuits doubles approximately every 18 months, the basic technology behind solar panels hasn’t changed much over the years. What has changed, however, is the price of solar panels.

Thanks in part to improvements in how solar panels are manufactured, not to mention the rapidly growing popularity of solar technology, the price of solar panels have come down substantially in recent years and are now competitive with conventional energy.

However, with this price drop bottoming out and electricity rates increasing at a steady rate, now is the time to invest in solar. If you wait for the technology to improve, you will lose out on a lot of savings for very little likely upside in performance or price.

As we already explained in Myth #2, solar panels increase the value of your home from day one and will continue to add value for as long as you live there. Because of this fact, any outstanding costs or payments from your solar panel installation would be largely mitigated if you decided to sell your home.

Additionally, if you choose to lease solar panels, it is very easy to transfer the lease to the new homeowner. You could also pay the remainder on the lease and include the panels in the sale of the house, increasing your purchase price. In other words, long-term agreements are no problem.

Bonus Myth #6: Electricity prices don’t change much year to year, so solar panels aren’t worth it.

We wish this myth were true, but electricity prices have actually been over the last several years and show no signs of slowing. The US Energy Information Administration predicts that U.S. retail residential electricity prices will grow faster than inflation in 2013 and 2014. And if you’re in one of the upper tiers of electric usage, your rates have been increasing at more than 5% per year. Yikes!

Electricity rates will continue to exceed the rate of inflation for the foreseeable future, which is why there is a significant incentive to lock in your rates now. Don’t get left out in the cold!

With traditional energy sources becoming more expensive, and fossil fuel supplies dwindling, the need for solar energy has never been clearer. Despite this reality however, many consumers have a fogged up view of solar based on bad information and outdated perceptions of the technology.

Don’t let your misconceptions about solar hold you back. Find a partner today who can help answer your questions and get you on the fast track to efficient renewable energy that’s practical and affordable. To find out more, schedule a free home solar assessment from Complete Solar Solution today.