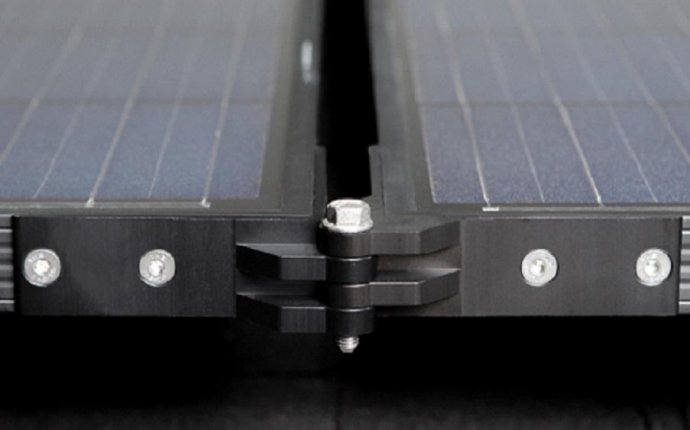 On Monday, the U.S. Department of Energy’s Lawrence Berkeley National Laboratory released a report showing that homes with solar panels typically sell for $15, 000 greater than those without solar panels installed. The study analyzed data collected from over 22, 000 homes between 2002 and 2013 to measure the effect that solar panels have on a home’s market selling price. The report’s findings come as a boon not only to homeowners with solar panels, but also to the real estate industry, which has struggled to place a price on rooftop solar in the past.

Solar panels must operate for a number of years before they produce enough benefit to outweigh their initial cost. This sort of multi-year investment isn’t a big deal for conventional utilities, which have the capital and continuity to finance solar farms, gas power plants, and other forms of electricity generation. However, for an ordinary family looking to invest in rooftop solar panels, there is added risk associated with the fact that the panels might not pay off before the family moves out of their home—at which point any electricity cost savings are passed onto the next homeowner (assuming the solar panels stay with the home).

Thus, to effectively finance and utilize rooftop solar panels, homeowners need information not only about the value of produced solar energy, but also about how rooftop solar panels will affect the selling price of their home in the future. This sort of math is familiar to many homeowners, who usually justify the cost of home improvements like hardwood floors, new fixtures, or other upgrades based on the premium they’ll command when the home is eventually put on the market.

To isolate the price effect of adding solar panels, the researchers carried out a hedonic regression, which decomposes a home into its base characteristics and then measures which characteristics have a strong effect on the home’s selling price. The researchers considered the effect of square feet of living area, the age of the home at time of sale, the size of the home’s lot, and the presence and size of rooftop solar panels. Furthermore, the researchers controlled for effects that might confound their analysis, including the year and quarter during which the home sold and the neighborhood where a home was located.

The results of the analysis show a consistent price premium for solar panels across all of the data analyzed roughly equal to $4 per watt of installed solar capacity, or $15, 000 for an average-sized 3.6-kilowatt rooftop solar power system. Interestingly, this result held true across most of the data analyzed. The researchers observed a relatively tight range in price premiums from $3.56 to $4.80 per watt of solar generation installed.

To determine what price signal might be causing the consistent price premium observed across different homes, the researchers compared their findings to three different important solar panel economic metrics: (1) the income solar delivers to homeowners via reduced energy bills, (2) the net cost of the solar power system to the homeowner after rebates and incentives, and (3) the gross cost of the system before any rebates and incentives.

The researchers found a close correlation between the net cost of rooftop solar panels after incentives and the price premium the panels add when a home is sold. In other words, it turns out the housing market has assigned a value to existing solar panels approximately equal to the net price the homeowner would have paid for a similarly sized system at the time of sale. This result suggests the market—at least this time around—is acting rationally.

The implication of this result for homeowners is that there might be less risk associated with investing in rooftop solar panels than meets the eye. Even if an unexpected career change or other major life event forces a family to move out of their home earlier than anticipated, their rooftop solar panels can still pay for themselves in the premium they will command in the housing market.

Going forward it appears “green” features might have a more significant effect on the value of a home than they have in years past. In 2014, the National Association of Realtors a guide to help centralized real-estate listing services highlight special features of green-built homes like rooftop solar panels or energy efficiency improvements. Research like Lawrence Berkeley National Laboratory’s latest report will help the housing industry effectively price residential energy improvements as they increase in popularity and take on a larger role not only in the housing market, but also in the wider energy system.