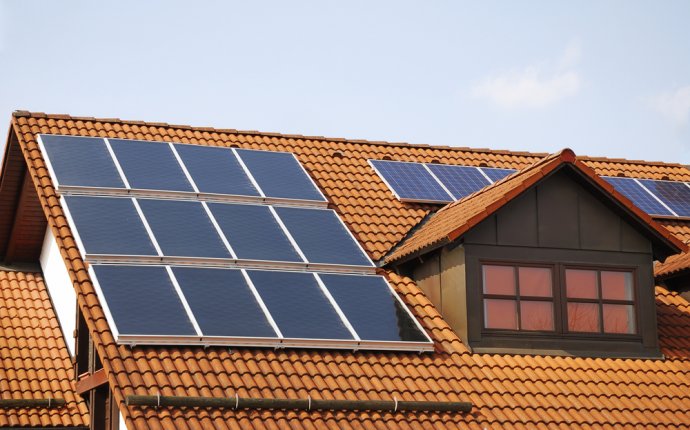 When first responders arrived to the burning home on Eugene Street in Manchester, New Hampshire just after 2 am on January 27, half the home was already up in flames. It was a big fire, but relatively routine: Working in the dark, the firefighters made sure the two residents got out unharmed, and got to work.

Once they reached the roof, though, they ran into trouble. This home was covered in rigid, electrified solar panels—making it difficult for the firefighters to cut holes in the roof to let smoke and heat escape. Finally, they found enough open space around the panels to jockey an adequate hole. “Our guys had to do what they had to do, ” says Paul King, Manchester’s deputy fire marshal. The cat inside didn’t make it.

In the last two decades, solar power has exploded. In 2009, only 30, 000 American homes had solar panels; by 2013, that number had jumped to 400, 000. With that growth, firefighters have had to contend with new threats to their safety—and that of the buildings and people they’re charged with protecting.

Firefighters rarely turn the planning part of their brains off, says Peter Lynch, chief of training at the Vermont Fire Academy. “If you’re driving down the road with a firefighter, more than likely, they’re looking at the next building saying, ‘If we needed to save this building, how would we do it?'” he says. But it’s hard to evaluate a solar-paneled house from the ground. Panels can get in the way of cutting ventilation holes, like they did on Eugene Street. First responders also rely on the ability to turn off the electricity pulsing through a structure—but photovoltaic panels can make their own power. Electrified panels can cause burns, or even blow responders off a roof.

The panels in Manchester were modern models, and had a shut off switch that allowed the firefighters to de-electrify panels. But they got lucky. While the firefighting community has started to recognize and plan for the risks of electrified roofs, they still don’t have all the necessary rules and tools to work around them.

At the beginning of the decade, the Department of Homeland Security took up the issue of solar panels for first responders. “We acknowledged their concerns before a major event took the life of a firefighter, ” says Bob Backstrom, a fire hazard research engineer. He led a 2011 DHS-funded project to identify the dangers posed by solar panels. It established obvious risks, like spraying water over electrified solar panels, and uncovered more hidden ones: The illumination trucks that firefighters bring to nighttime emergencies, for example, can give off enough light to electrify a photovoltaic system.

A year later, the National Fire Protection Association and the International Code Council started to incorporate language about photovoltaic panel installation into their fire codes. Modern fire and electric codes require enough space between panels for firefighters to walk and rapid shutdown systems that can quickly de-electrify panels. The latest versions, released this year, also call for clear signage on all photovoltaic panels and wires, so firefighters know what and where everything is.

But not every state and county in the country is operating on the newest version of the codes—or any at all. New Hampshire, where the January fire occurred, is still using the 2009 version of the NFPA codes, which don’t include safety requirements for photovoltaic panels.

The NFPA and ICC publish their codes as model documents. It’s up to individual counties to decide which edition to implement, and if they want to make adjustments on a local level. “You can go across the country and some are on the 2015 [codes] already, some are on the 2012, some on 2009, ” says fire code consultant Bob Davidson, who helps write the codes. Florida uses the 2012 NFPA code. Alabama, right next door, still uses the 2009 version of the International Fire Code.

In Oklahoma City, where solar panels haven’t caught on, the fire department hasn’t felt the need to adopt any new protocols, says Julian Gaona, a captain at the Oklahoma City Fire Department. “In my 20 years, I’ve never seen a solar panel on a roof. It’s really not necessary, ” he says. He’s not an outlier: Oklahoma has just 5.2 megawatts of solar capacity, compared with Vermont’s 168.5 megawatts. Though his department isn’t trained to deal with a solar panel fire today, he says they’ll be ready to train for it if and when locals start installing the systems.

In Vermont, where solar panel installation has skyrocketed, Lynch has trained 744 firefighters since the summer of 2016 to respond to photovoltaic panels. The four hour program walks them through numerous hypothetical scenarios—from ventilation issues to safety labeling—from the comfort of a classroom. “It really [teaches] the firefighter of how to respect the solar energy systems themselves, ” he says. And, of course, how to deal with them in an emergency.

Manufacturers say they are doing what they can to help. Joshua Ferguson of C-TEC Solar, a solar contractor out of Bloomfield, Connecticut, says the company tries to stay ahead of local regulations. Ferguson keeps an eye on California, which tends to be the earliest adopter of best safety practices, and proactively applies them to C-TEC’s own policies. For him, the decision makes good business sense. “We do try to sell the customer on that, ” Ferguson says. “We’re trying to plan your system for the future as opposed to what the state requires now.”

Safety codes and regulations continue to improve, too. The National Fire Protection Association is working on protocols for dealing with charged solar batteries—and how to deal with new, trendy solar panels that are so sleek first responders might not see them. In May, both firefighting groups and solar industry leaders met in the first of a series of working groups with the association to find additional gaps in current codes.

With the fire on Eugene Street, King says, everything went smoothly. But it was one of the department’s early encounters with solar installations, and they know there is more to learn. In a few weeks, some of their responders will go to a solar panel emergency seminar in the neighboring town of Litchfield. He also hopes to work more closely with the town building department on future installations. “So any projected use of them in the future, we have an opportunity to provide input and take into consideration the planning of the structure, ” He says. Firefighters in Manchester haven’t run into many solar panels yet, but they plan to be prepared when they do.