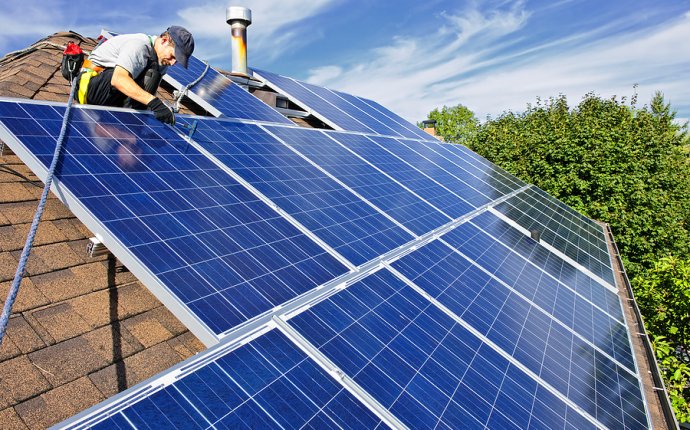 Coventry has come out on top and Bridgeport ranks dead last among Connecticut's cities and towns in terms of municipal support for residents who want solar power, according to a new study by Yale University researchers.

The Yale study looked at how much solar capacity has actually been installed in a municipality, how easy it is to get local permits for solar power, and whether a city or town offers information and assistance to homeowners going solar.

Officials in the towns ranked highest are naturally delighted by the solar study, but Bridgeport officials are less than pleased.

Harris said Bridgeport has "averaged nearly 40 solar applications per month for the first five months of calendar 2016 … This is not characteristic of a place that contractors don't want to work — the contrary may be true."

The survey and rankings were done by Data-Driven Yale, a research group that includes data scientists, policy experts, visual designers and programmers from the university's School of Forestry & Environmental Studies and Yale-NUS College in Singapore.

Coventry was ranked first among the state's 169 cities and towns, followed by Ashford, Mansfield, Simsbury and Windsor rounding out the top five.

Danny Macri, a research fellow with Data-Driven Yale, explained that Bridgeport was given a very low score because its solar permit fees "were the most expensive in the state" and because it had one of the longest average times for approving solar permits among all 169 municipalities.

John Elsessor, Coventry's town manager, said his community has been very active in planning for ways to help residents put in solar power, and in "speeding up the permitting process."

"We've really been promoting it to our citizens and trying to make it less awkward [to put in solar power], " said Elsessor.

"By showing the wide range of practices and costs for permitting solar, we acknowledge the high performers and show other municipalities that if towns like them are able to streamline permitting and offer reasonable fees, they may be able to do so as well, " Macri said of the new study.

Bridgeport came in at the bottom of the rankings in terms of support for residential solar, but the state's largest city has some very wealthy company, according to the Yale study.

Some of the state's most affluent suburbs also aren't doing too well in helping their residents to go solar: Redding was ranked 168th, New Canaan 160th, Watertown 152nd, and Darien 137th among all municipalities in the state.

The study found that permitting policies and fees for residential solar power vary widely among Connecticut municipalities. New Britain and West Haven residents can get a solar permit in a single day, Yale researchers reported, while it can take up to a month to get similar permits in other cities and towns.

Municipal permit fees for solar range from zero up to $1, 100, according to the study.

Yale researchers found that "soft costs" such as permitting fees and labor account for 46 percent of the cost of residential solar power in Connecticut.

Connecticut is one of the states that offers incentives for homeowners to install photovoltaic (PV) solar panels, and state officials have set a goal of reaching enough residential solar power to produce 300 megawatts by 2022.

Last year, an estimated 8, 600 Connecticut homeowners had solar power installed on their properties.

Michael Trahan, a spokesman for the solar power industry group SolarConnecticut, said the Yale study also benefits solar companies by offering indications of "where it is cheapest to install solar in Connecticut."