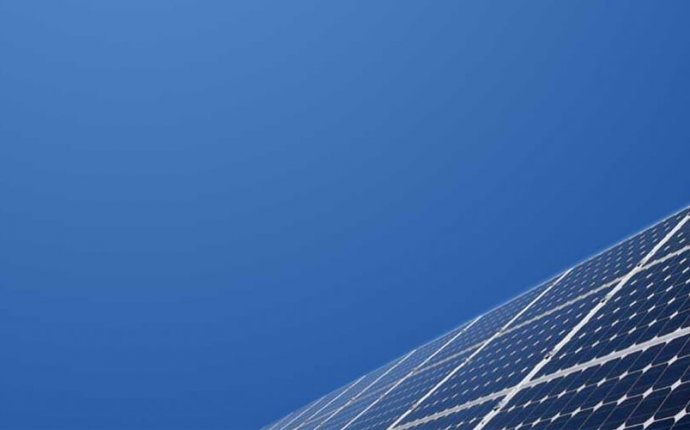 A fast-growing energy solution is springing up in Nigeria, Africa's largest country, where three-quarters of people still have little or no access to electricity. Off-grid solar-powered kits, consisting of a single rooftop solar panel and a suitcase-sized battery, are beginning to electrify rural homes, powering small appliances, mobile phones and fans using the nation's abundant sunshine.

The do-it-yourself kits are replacing candles, kerosene lighting and diesel generators that are costly and have health and safety risks. But what is making them increasingly popular is how easy they are to pay for.

The systems—already prevalent in Kenya, Rwanda and India—are being sold in Nigeria by Lumos, a five-year-old startup based in the Netherlands. They cost about $75 upfront and then customers pay for the electricity they plan to use through pre-paid cash mobile phones, which have been revolutionizing commerce across Africa. No bank accounts or credit cards are required.

Lumos, which works with mobile giant MTN, announced in December it raised $90 million, with $50 million coming from the Overseas Private Investment Corporation, a U.S. government agency. The investment doubled the world's previous largest investment in off-grid solar energy sector, to Off Grid Electric.

Investment in companies offering pay-as-you-go solar systems has mushroomed in recent years, to $223 million last year from virtually nothing in 2012, according to Bloomberg New Energy Finance. There was a 40 percent increase between 2015 and 2016 alone.

"The Lumos investment is the next milestone in an industry that is rapidly growing, " said Koen Peters, executive of Global Off-Grid Lighting Association, a trade association. "There's a lot of unmet demand, and once companies establish themselves, it's a big blue ocean."

Rural Nigerians are among the 1.2 billion people on the planet who are not connected to an electric grid. The pay-as-you-go solar model could help hasten energy access for the world's poor and make new coal- and gas-fired power plants and transmission lines less necessary, according to experts. That makes them a tool in the climate change fight, like other distributed energy or microgrid solutions.

The world's nations agreed to deep decarbonization in the Paris climate agreement and getting developing nations such as Nigeria to "leapfrog" over fossil fuels is seen as crucial to that goal. The idea runs counter to the theme some large fossil fuel corporations promote: that the world's poor need cheap and plentiful fossil fuels in the mix of lower-cost, low-carbon solutions.

Amara Nwankpa, director of the Public Policy Initiative at Shehu Musa Yar'Adua Foundation, a Nigerian nonprofit with a focus on governance and the environment, said he's not surprised Nigeria is a target market. Nigerians spend between $10 billion and $13 billion every year for kerosene and diesel fuels, he said. "Any part of that annual expenditure for fossil fuels that you can repurpose for renewables would be attractive for investors."

The way it works is simple. Lumos customers pay an initial fee their solar kit, which comes with a Chinese-manufactured, 80-watt solar panel and a yellow box that contains a battery device and eight sockets, as well as a satellite link. Lumos kits, which are light enough for an individual to carry home or on a motorcycle, come with instructions for mounting the panel on a rooftop.

Customers buy credit for electricity by sending a text message and the payment gets deducted from their prepaid balance with the mobile operator. Once 1, 500 days of use are paid for, the customer owns the kit and can get the power for free.

Half a dozen other companies, operating mostly in sub-Saharan Africa and South Asia, have products that vary by size, method of payment or some other factor, but the basic pay-as-you-go formula is the same. U.K.-based Azuri Technologies and Germany-based Mobisol, for instance, offer comparable service to consumers in countries including Kenya and Rwanda.

"Reducing cost first for consumers is so important, " said Kristina Skierka, campaign director of Power for All, a San Francisco-based group that advocates for decentralized renewable energy. But so is getting power for free after several years. "All the companies in this sector are using the money these consumers are already spending on fuel and throwing it down the drain."

The allure for Lumos' investors is its relationship with mobile provider MTN, which has 39 percent of the mobile market in the country. MTN advertises the Lumos kits, sells them in its stores and provides customer service through its call center.

"We avoided the headache of building a marketing and distribution system across Africa, " said Ron Margalit, a principal at Lumos. "MTN already knows how to reach the masses."

Lumos has sold 30, 000 kits in rural Nigeria, and said it aims to sell as many as 10 million over the next five years, at a cost of $2 billion. (The Nigerian government, for comparison, has set a goal to electrify 10 million rural households, mostly by connecting them to the national grid at a cost of more than four times that.) In 2015, Nigeria got 82 percent of its electricity from fossil fuel sources, mostly natural gas.

In addition to the $50 million raised by the Overseas Private Investment Corporation, a federal agency whose clean energy portfolio could be in jeopardy as President Donald Trump seeks to roll back climate policies and slash the federal budget, $40 million was raised by a consortium of private companies, including Pembani Remgro Infrastructure Fund, VLTCM and Israel Cleantech Ventures.

Until a year ago, startups such as Lumos were attracting mostly the attention of philanthropists and impact investors focused more on development goals than profits.

"It seems at the moment that pay-as-you-go solar is the clearest blueprint for at least partially addressing this problem of the 1.2 billion" people on the planet with no electricity, said Itamar Orlandi, the head of applied research at Bloomberg New Energy Finance.