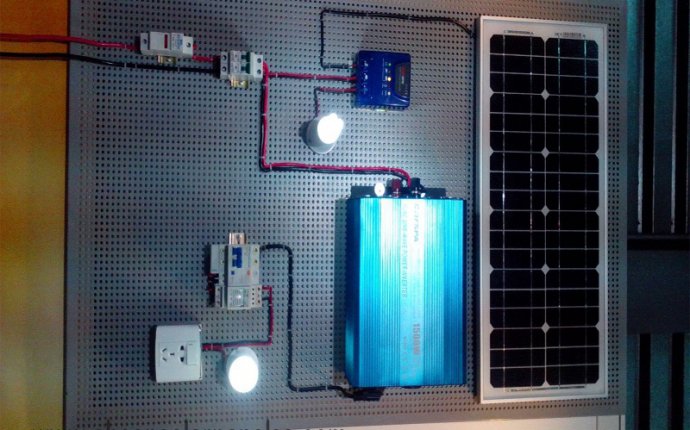 Solar panels work best when there is no shade cast upon them. In fact, a shadow cast on even just part of one solar panel in your solar array can potentially compromise the output of the whole system. What are some strategies for dealing with potential shading of solar arrays?

(This article was originally published in 2012. We have updated it to reflect new technological realities and to improve clarity.)

Why does shading have such a dramatic impact on energy production?

In most instances, solar photovoltaic (PV) systems for homes and businesses consist of solar panels (the collection of which is referred to as the ‘array’) and an inverter.

Most small-scale solar systems for homes and small businesses will include anywhere from 6 to about 30 panels, although the ‘size’ of a system is usually referred to by its capacity (in kilowatts – e.g. 5kW). For technical reasons related to the voltage requirements of the system’s inverter, solar arrays are usually divided into ‘strings’ of solar panels. Small systems may only have 1 string, while large systems could have many more. One string could consist of a single panel, but usually they have more.

You can think of a string of panels as something like a piece of pipe, and the solar power is like water flowing through that pipe. In conventional solar panel strings, shade is something that blocks that flow. If, for example, shade from a tree or a chimney is cast on even one of the panels in the string, the output of the entire string will be reduced to virtually zero for as long as the shadow sits there. If there is a separate, unshaded string, however, this string will continue to produce power as per usual.