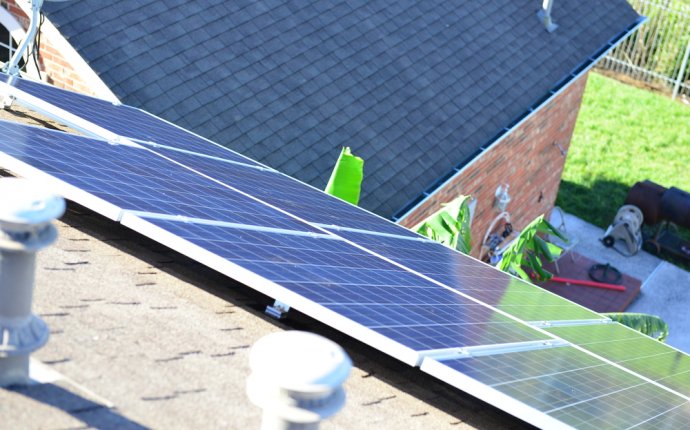 Solar leases, which typically last up to 20 years and keep the ownership of solar rooftop panels in third-party supplier hands, peaked in 2014, with 74% of solar-panel home customers choosing that option. In the fourth quarter of 2016, however, the market that had been quickly moving away from leases jumped the shark, and only 47% of homeowners chose leasing, according to a report from GTM Research.

"All signs point to the continued rise of customer ownership. Leasing was a necessary temporary solution that sparked the original growth of residential solar, but the future is cash and loans, " GTM stated in its report.

There are a few reasons for the fourth-quarter flip from leasing to owning.

The first is because of Tesla's SolarCity, which recently announced that 28% of fourth-quarter solar deployments were purchased by customers. That percentage is likely higher for residential installations, according to GTM. SolarCity is the nation's largest residential provider, and despite its declining market share, the company still accounts for about one-quarter of all residential solar installed, GTM said.

"Any major changes to its strategy will have an impact on the market, and we're already seeing that impact, " GTM stated in its report.

Another reason for increased ownership is due to small local installers in states that are leading in solar energy deployments, and these installers prefer cash sales, GTM stated.

In California, which leads the nation in solar energy deployments, the state fell to 36% third-party ownership in the fourth quarter, down from almost half the market at the beginning of the year and as high as 75% in mid-2013.

"The biggest change happening in California, however, is that larger installers like SolarCity, Sunrun and Sungevity are moving to cash more quickly there than anywhere else, " GTM stated.

California is a shrinking market, but it's still an extremely influential segment nationally. It could be a sign of what's to come in other major solar states, especially as national installers introduce loans in new markets, GTM stated.

Overall, the national third-party ownership share declined to 53% in 2016. Third-party-owned capacity was roughly flat from 2015, while customer-owned solar grew almost 50%, according to the report.

A year ago, GTM Research released a report indicating the price of rooftop solar systems for residential and small business were dropping precipitously, and consumers were increasingly choosing to buy their systems rather than lease.

Rooftop solar systems that used to cost as much as a luxury car five to 10 years ago now cost about the same as an economy car, or between , 000 and , 000 on average. And, the return on investment for a solar system is now estimated to be three to five years, depending on government rebates and tax incentives and the region in which they're installed.

In 2014, nearly three-quarters of all residential solar systems in the U.S. were owned by a third party, such as SolarCity, Vivint Solar or Sunrun, according to GTM. That means most consumers leased their systems or were under a solar power purchase agreement (PPA) with a solar provider.

Another market that has expanded is the solar power loan industry, where instead of purchasing systems with cash, homeowners take out personal loans as an investment in the less expensive energy source.

"The solar loan market has exploded, " said GTM Research solar analyst Nicole Litvak. "Every ... financier has introduced or is planning to introduce a loan, and an entirely separate group of pure-play loan providers has emerged."

Tyler Ogden, a solar analyst with Lux Research, said consumers are aware that the installation price for solar has fallen and they see an opportunity to get all the financial benefits from installations, from tax incentives to free electricity.

A typical solar system installed today can pay for itself in electricity savings in a period ranging from a few years to 10 years - with five years being the average ROI, Ogden said.

Another growing area for consumers choose is in solar marketplaces, where homeowners and businesses can compare pricing among solar providers.

Founded in 2009, EnergySage is similar to Expedia or Kayak in that it's a free online service that allows users to input their information and retrieve standardized quotes for a service - in this case, the installation of a rooftop solar system. EnergySage generates revenue from fees paid by solar suppliers. The company is part of a nascent industry that includes other, smaller players, such as Geostellar.

"From our perspective, we don't care what the customer selects. We get the same revenue if you select a lease or PPA or take out a loan for the system, " Aggarwal said. "We're agnostic toward your decision."

There are, however, pros and cons to owning a solar system, Ogden said. For example, as solar panel owners, they get the full benefits, but they also inherit full responsibility for maintenance.