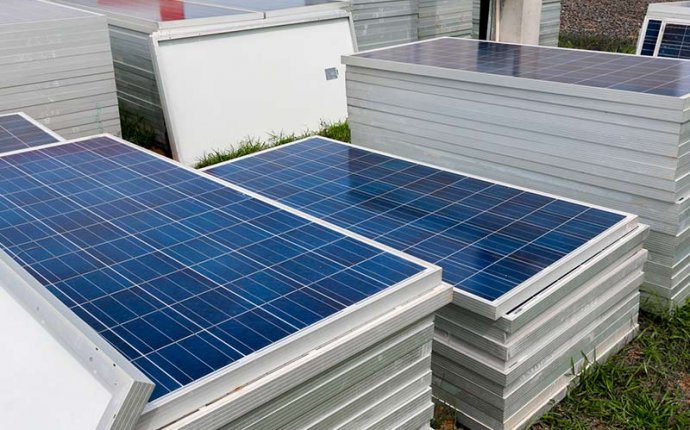 Solar Company Near me

Local solar companies are growing market share because they now have access to more sophisticated financing options previously only available to the large solar leasing companies.

However, there is a significant variance on both pricing and reputation between the local solar companies that operate in your city. This is why comparing reputations of both solar companies and the solar panel brands they offer you is so important. Remember, solar is a fairly new industry and many of those rushing into the industry will not have the business skills to last or understand the need to provision resources for after sales warranty support.

The company you choose to install your solar will be messing around with your roof (the thing that keeps everything else you own dry!!), and so there is something to be said for having confidence in the workmanship and professional pride some of these companies show rather than choosing the cheapest offer you can find.

I can't emphasize enough, the secret to getting the best deal on solar is to do your research both on the solar installers reviews and also reviews of the equipment they are selling you. If the brands check out and they have 20 or more reviews of decent quality then they could offer real savings.

If they offer good brands of solar panels and inverters but you are worried about their track record then a great tip is to ask to meet the actual installers who are going to do your installation before you sign the contract. Check them out and see if they are trades people that you are happy to have work on your house. Make it clear to them that you want to inspect your roof when they have finished the penetrations but before they lay the panels. This way you can ensure that your roof is watertight while you can still see it.

The third group of companies are the solar leasing and PPA companies such as:

Let's be straight, all of these companies are massive sales machines and so you will be treated like a number once you sign the contract regardless of which one you choose.

Each of these companies have amongst the lowest consumer reviews scores in the industry on each of the major SolarReviews websites. However, any company that installs 10, 000 or more homes per year with solar are always going to run into a few logistics and organizational problems and it is typically only the unhappy customers that are motivated to go and write reviews. Each of these companies probably also have tens of thousands of happy customers but we just don't hear from them.

What these larger solar leasing and PPA companies have done is to get investors who want long term stable returns to put up money to fund installing solar panels on your home. They maintain them and they own them until the end of the contract (usually either 15 to 20 years).

You simply pay them an amount for each kWh of power that the solar panels generate with this rate being less than what you currently pay for power. So, for example, in Massachusetts where your average rate paid per kWh of power from your utility is currently around 19 cents (as at January 2017) you might have a PPA solar contract at 14-17 cents depending on the solar PPA provider and the term of the PPA or lease contract. (if it is a third party owned lease it will be a fixed monthly fee but will probably equate to about this much per kWh). This would equate to a saving of 2-5 cents per kWh. So for an average home using about 600 kWh per month a saving of $12-$30 per month.

Advantages of using this type of solar company

Disadvantages of this type of solar leasing or solar PPA company

These savings should grow each year but the problem is that these PPA agreements usually include an escalation clause at between 2-4% per year meaning each year you pay the solar company more money for the power the system produces. This means that if utility power costs grow at less than this rate the amount of savings may actually shrink over time.

With these third party lease and PPA vendors the savings are pretty small but the investment on your end is zero so you can't really complain about small savings.

These solar companies do very well out of these deals because they take the 30% tax credit and the other incentives that the owner of a system is entitled to (in Massachusetts this includes the SREC's and in other states there are state tax credits).