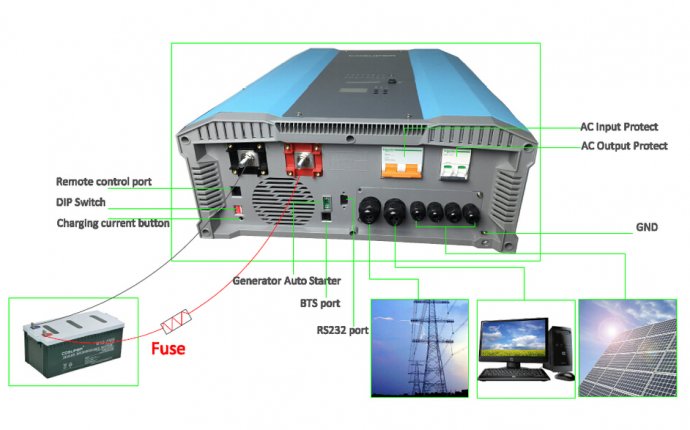 If you are considering a solar panel system for your home, one of the key decisions you make is the type of inverter to install. Inverters convert direct current (DC) energy generated by your solar panels into usable alternating current (AC) energy. After the panels themselves, inverters are the most important equipment in your solar power system.

String inverters are by far the most commonly deployed option globally and comprise the vast majority of the world’s inverter market. However, MLPE technologies are rapidly gaining popularity and market share as their costs have come down. Despite the global dominance of string inverters, GTM Research found that over half of all residential solar systems installed in the U.S. in early 2014 used MLPE technologies.

String inverters are the most cost-effective inverter option available in the U.S. Solar installation companies will generally offer you a system with a string inverter if your roof is not shaded at any point during the day and does not face in multiple directions (such as a gabled roof).

Your solar panels are arranged into groups connected by “strings.” Each string of panels is connected to a single inverter, which transforms the DC electricity produced by the panels into appliance-friendly AC electricity.