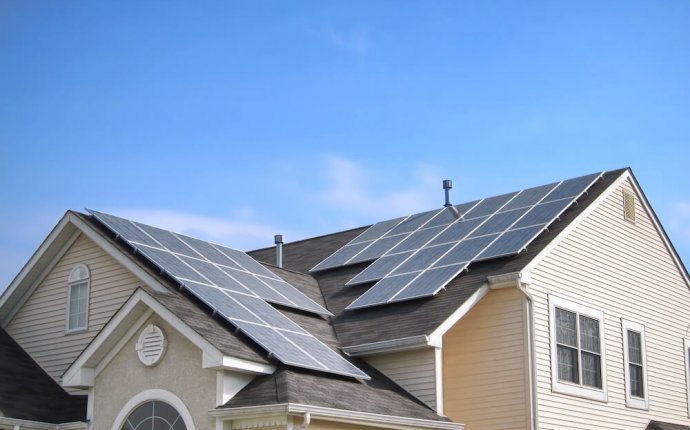 What to expect when you're expecting...Solar Power. Last year my wife and I decided to take the plunge, we signed up for residential solar power. After living in China and breathing really dirty air for 2 years, I became interested in the advantages of solar power. I dreamt of a solar world.

So after a lot of research weighing solar energy pros and cons, we decided to sign on with Solar City. I say sign on, because we did not pay a penny upfront. In fact they gave us an ipad for signing up! There are lots of advantages to going solar this way, and I laid them out in a blog post last year. For example you don't have to worry about solar technologies since the company is on the hook for producing solar power for our house.

So what can you expect from the solar installation process? A few surprises for sure and it will not be fast, especially if you live in DC.

Step 1 - Energy Bills: You have to collect your energy bills and provide them to Solar City so they can size your system. They don't size it for 100% of your use. This makes sense since you have to pay Solar City for every Kwh they produce. In some markets the utility will buy back extra electricity through net metering, but it usually is a wholesale price, not a retail price. If you have a wegowise account you can easily export your data to send to them, otherwise you can send them a bill with 12 months of usage on it.

Step 3 - Roof inspection: We live in a row house in DC with a flat roof. After the team came out and they decided they needed to reinforce the roof with a big steel beam. The roofer came out and dropped in the beams that would ultimately support the racking system.

Step 4 - Apply for rebates, tax credits and permits: The nice part about using a third party financing structure is that we DID NOT HAVE TO WORRY ABOUT THIS. They took care of everything. Sure we missed out on some tax rebates and incentives, but guess what, we paid $0 for our system, just paying for production.

Step 5.A - Install internal wiring: We were having our basement renovated, so we asked their team to come do the internal wiring while we waited for all the permits for the outside installation.

Step 5.B - Surprise! Drive solar installer to hospital: OK, admittedly this is not part of the standard steps. But our installer managed to let his drill spin and hit him in the head. Victoria rode with him to the hospital, where she checked him in to get 10 stitches. He sent a very nice thank you note.

Step 6 - Install solar panels: A team shows up with the racking and panels, and climbs up on your roof. They have these very cool looking contraptions that allow them to carry the panels up the ladder, basically a giant suction cup on a handle.

Step 7 - Get excited, only to realize you have another month: You would think that once the panels were installed you could fire them up, but you would be sorely disappointed.

Step 8 - DC inspection: The DC inspector comes out to your house, but in a time window of 9 AM - 2 PM. Obviously this is an inconvenience to you, but its also an amazing waste of money. The Solar City guy arrives at your house at 8:45 AM and sits in his truck until the inspector arrives. Luckily my inspector showed around 11 AM.

Step 9 - Utility swaps out meter: Now you have to wait for PEPCO to come and switch out the meter for a 2 way net meter. This allows you to sell electricity back to the grid, pretty cool.

Step 10 - Turn on your solar power plant: The big payoff, you get to turn on your own solar system. This morning I flipped a switch on my inverter and then on my breaker. We have gone solar!! Check out the photo below.

The whole experience took about 9 months, but that included a long delay while we got our roof repaired and other upgrades in the house. I think if we went straight through it would have taken about 2 months to install our solar panels and complete the solar power plant on my roof.

I'm going to use WegoWise to measure my electricity before and after the install to see how much money I'm saving. I'll post again towards the end of the summer.

Before I went solar I did do a energy upgrade on my house. Check out my colleagues experience with home energy audits