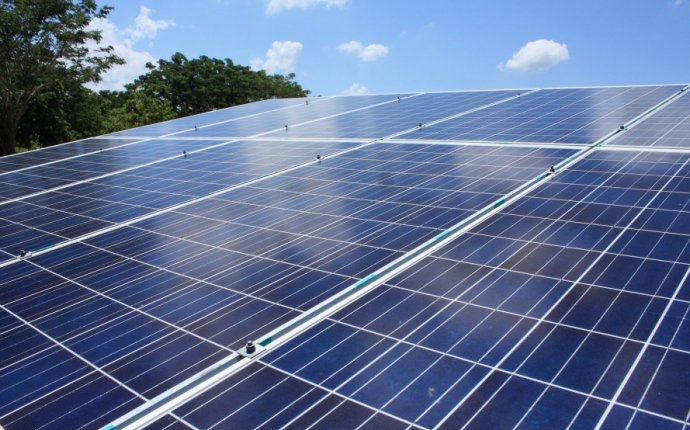 WEST LAFAYETTE, Ind. – A new concept could bring highly efficient solar power by combining three types of technologies that convert different parts of the light spectrum and also store energy for use after sundown.

"Harvesting the full spectrum of sunlight using a hybrid approach offers the potential for higher efficiencies, lower power production costs, and increased power grid compatibility than any single technology by itself, " said Peter Bermel, an assistant professor in Purdue University's School of Electrical and Computer Engineering. "The idea is to use technologies that, for the most part exist now, but to combine them in a creative way that allows us to get higher efficiencies than we normally would."

The approach combines solar photovoltaic cells, which convert visible and ultraviolet light into electricity, thermoelectric devices that convert heat into electricity, and steam turbines to generate electricity. The thermoelectric devices and steam turbines would be driven by heat collected and stored using mirrors to focus sunlight onto a newly designed "selective solar absorber and reflector."

"This is a spectrally selective system, so it is able to efficiently make use of as much of the spectrum as possible, " he said. "The thermal storage allows for significant flexibility in the time of power generation, so the system can produce power for hours after sunset, providing a consistent source of power throughout the day."

Findings from the research are detailed in a paper with an advance online publication date of Aug. 15, and the paper is scheduled to appear in a future print issue of the journal Energy & Environmental Science. A YouTube video is available at .

The hybrid system is designed to meet the changing demands for electricity at different times of the day.

"Typically for U.S. households, you have low usage overnight, then the demand goes up substantially in the morning, drops off a little during the day and then spikes upward around 5 p.m., " Bermel said. "Photovoltaics match very well with the load during the day, but not when it spikes. So the idea is to store energy just for a few hours, and that helps you address times of spiking demand."

Ideally, the system could achieve efficiencies of more than 50 percent using realistic materials, compared to 31 percent for photovoltaic cells alone.

The new selective solar absorber and reflector is the lynchpin of this approach and would perform two crucial roles: increase efficiency by reflecting visible light but absorbing near-infrared photons, and increase the temperature of the stored heat, which is then harnessed as electricity when it is needed throughout the course of the day.