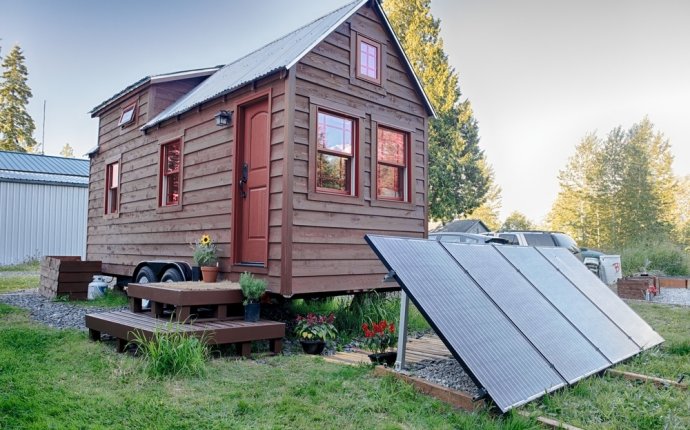 Homeowners who install photovoltaic power systems receive numerous benefits: lower electric bills, lower carbon footprints and potentially higher home values. But these benefits come with significant installation and maintenance costs, and the magnitude of the gains can vary widely from one house to another. This article will help homeowners make the financial calculations required to determine the viability of solar power in their homes. (For related reading, see .)

Photovoltaic (PV) solar technology has been around since the 1950s, but, thanks to declining solar module prices, it has only been considered a financially viable technology for widespread use since the turn of the millennium.

Solar panel size is quoted in terms of the theoretical electrical output potential in watts. However, the typical output realized for installed PV systems - known as the "capacity factor" - is between 10% and 20% of the theoretical output. A 3 kilowatt-hour (kWh) household system running at a 15% capacity factor would produce 3kW*15%*24hr/day*365days/year = 3, 942 kWh/year, or roughly one-third of the typical electricity consumption of a U.S. household. But this calculation may be misleading, because there is little reason to speak of "typical" results; in fact, solar may make sense for one household, but not for the house next door. This discrepancy can be attributed to the financial and practical considerations considered in determining viability.

Solar power is capital intensive, and the main cost of owning a system comes upfront when buying the equipment. The solar module will almost certainly represent the largest single component of the overall expense. Other equipment necessary for installation includes an inverter (to turn the direct current produced by the panel into the alternating current used by household appliances), metering equipment (if it is necessary to see how much power is produced), and various housing components along with cables and wiring gear. Some homeowners also consider battery storage. Historically, batteries have been prohibitively expensive and unnecessary if the utility pays for excess electricity that is fed into the grid (see below). The installation labor cost must also be factored in.

In addition to installation costs, there are some further costs associated with operating and maintaining a PV solar array. Aside from cleaning the panels regularly, inverters and batteries (if installed) generally need replacement after several years of use.

While the above costs are relatively straightforward - often a solar installation company can quote a price for these for a homeowner - determining subsidies available from the government and/or your local utility can prove more of a challenge. Government incentives change often, but historically, the U.S. government has allowed a tax credit of up to 30% of the system's cost. More details on incentive programs in the U.S., including programs within each state, can be found on the Database of State Incentives for Renewables & Efficiency (DSIRE) website. In other countries, such information is often available on government or solar advocacy websites. Homeowners should also check with their local utility company to see whether it offers financial incentives for solar installation, and to determine what its policy is for grid interconnection and for selling excess power into the grid. (Learn more in .)

A significant benefit to PV installation is a lower energy bill, but the magnitude of this benefit depends on the amount of solar energy that can be produced given the available conditions and the way in which utilities charge for electricity.

The first consideration is the solar irradiation levels available in the home's geographical location. When it comes to using solar panels, being closer to the equator is generally better, but other factors must be considered. The National Renewable Energy Laboratory (NREL) produces maps for the U.S. showing solar irradiation levels; the tools on its website provide detailed solar information for specific locations within the U.S. Similar maps and data are available in other countries as well, often from government environmental agencies or renewable energy organizations. Equally important is the home's orientation; for rooftop arrays, a south-facing roof without trees or other objects obstructing sunlight maximizes the available solar energy. If this is not available, panels can be mounted on external supports and installed away from the house, incurring additional costs for the extra hardware and cables.

The second consideration is the timing of solar power production, and how utilities charge for electricity. Solar power generation occurs primarily during the afternoon and is higher during summer, thus corresponding relatively well to overall electricity demand in warm climates because it is at these times that air conditioners consume the most energy. Consequently, solar power is valuable because the alternative methods of energy production (often natural gas power plants) used to meet peak energy demand tend to be expensive. But utilities often charge residential consumers a flat rate for electricity, regardless of the time of consumption. This means that instead of offsetting the expensive cost of peak electricity production, homeowners' solar power systems merely offset the price they are charged for electricity, which is much closer to the average cost of power production.

However, many utility companies in the U.S. have introduced pricing schemes that allow homeowners to be charged at different rates throughout the day in an attempt to mirror the actual cost of electricity production at different times; this means higher rates in the afternoon and lower rates at night. A PV solar array may be very beneficial in areas where this sort of time-varying rate is used since the solar power produced would offset the most costly electricity. Exactly how beneficial this is for a given homeowner depends on the exact timing and magnitude of the rate changes under such a plan. Similarly, utilities in some locations have pricing schemes that vary over different times of the year due to regular seasonal demand fluctuations. Those with higher rates during the summer make solar power more valuable. (For money saving tips, see .)