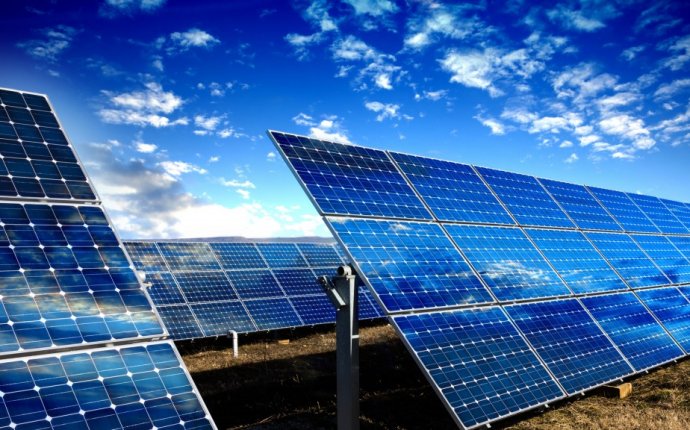 The only reminder Robert Atkins has of his coal days are a hardhat and a heart-shaped scar on his right hand, a souvenir from a voltage explosion in the mines.

Starting right out of high school with a shovel and sledgehammer, Atkins was pulling down a six-figure income by the time he was 23, working 70-hour weeks in the mines as an underground electrician. He didn’t imagine that in just four years he’d be laid off, with a newborn daughter to take care of. Much less that soon after, he’d be a crew chief overseeing solar panel installations.

“If you’d told me I’d be working in solar, I would’ve never believed you, ” Atkins says. “I always thought I’d bounce from coal job to coal job until all the mines closed and I had to leave.”

Atkins is one of a small but growing number of West Virginians who’ve said goodbye to coal mining and who’ve staked their future on an industry still distinctly out of place in the state: solar power. West Virginia’s government makes no major investments in commercial solar companies, and offers no tax credits or rebates to residents who install solar panels on their homes. Indeed, state legislators have actively blocked efforts to expand the renewable energy industry. In West Virginia, where Donald Trump, promising to revive mining by slashing regulations, beat Hillary Clinton by more than 40 percentage points, coal remains king.

But Atkins and his colleagues in the nascent renewable energy industry have made a bet that the golden days of coal, hammered by both automation and the boom in natural gas, are gone. They now work for Solar Holler, a Shepherdstown-based venture firm that crowdfunds residential solar installations through an innovative community rebate program. Solar Holler invites supporters to install energy-efficient devices in their homes for free. Instead of keeping the rebates they’d receive for the energy saved, homeowners direct the proceeds toward solar panels and installations on other buildings. This recycling of funds has enabled nonprofits, homes, and businesses to go solar, some for the price of an LED light bulb.

It’s taken awhile to get Solar Holler off the ground. So far, crowdfunding has produced nearly 80 kilowatts of solar energy across West Virginia, enough to power only ten homes—but the company is rapidly expanding. In 2017, Solar Holler expects to install a minimum of 750 kilowatts, equal to nearly a sixth of the state’s currently installed capacity. The company’s model is changing the way people think about solar and has played a part in gradually expanding West Virginia’s solar infrastructure. The surge in demand following Solar Holler’s first major project, a 60-panel installation in Shepherdstown, overwhelmed the limited manpower of installers statewide. Since then, the number of solar companies in West Virginia has grown steadily, from 15 solar companies in 2014, to 26 in 2015.

The driving force behind Solar Holler is Dan Conant, a Jefferson County native with a master’s degree in energy policy from Johns Hopkins, who founded the company in 2013. Conant isn’t just bringing sustainable energy to West Virginia. He’s now helping bring jobs to out-of-work coal miners. Solar Holler had a watershed moment in 2015 when it decided to create the state’s first solar training program in partnership with the Coalfield Development Corporation, a community organization that helps low-income West Virginians in the state’s southern region find jobs and affordable housing.

Since 2012, Coalfield, led by executive director Brandon Dennison, has been offering full-time construction work and training in specialized fields to laid-off miners. The organization’s first foray into solar came as an addition to one of their construction projects, and demands for installations began to balloon soon after. It was around the time that Dennison realized he was onto something big that he got a call from Conant. They struck a deal. Solar Holler would find projects and take care of logistics through crowdfunding, and Coalfield would retrain miners and provide the installation crews.

“Coal miners are smart people, ” says Dennison. “It’s important for the country to understand: They make use of hi-tech, sophisticated equipment to do their jobs. They have incredible skill sets to build off of.”

In West Virginia, solar-energy advocates like Conant and Dennison have to build from the ground up. West Virginia has one of the smallest solar footprints in the entire Appalachian region. In neighboring coal states like Kentucky and Pennsylvania, corporations have invested heavily in solar energy; the commercial, industrial, and electric power sectors account for more than half the solar market in Pennsylvania, and more than 75 percent in Kentucky. By contrast, West Virginia’s solar market is driven by individual homeowners, with almost three-quarters of the state’s solar energy consumed at the household level. Dropping solar-panel prices help explain this trend, but so does West Virginia’s culture of self-sufficiency.

“The idea of getting off the grid is attractive to West Virginians, ” says Dennison. “There’s a kind of libertarian streak.”