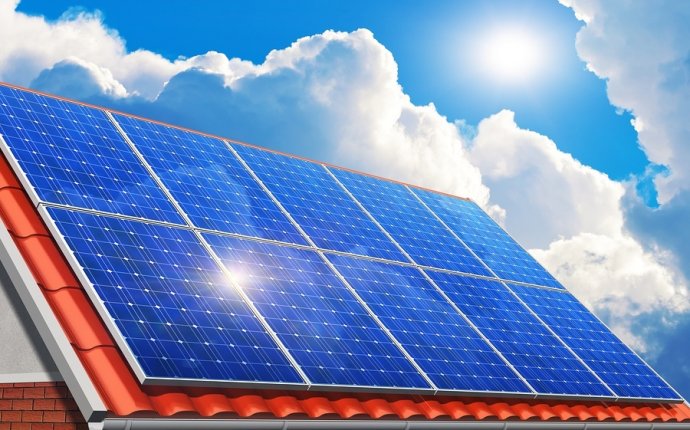 Everything About solar Panels

The consumption of non-renewable sources like oil, gas and coal is increasing at an alarming rate. The time has finally come to look after some other renewable sources of energy i.e. solar, wind and geothermal energy. Although many countries have started utilizing solar energy extensively but still they have to go a long way to exploit this energy to fulfill their daily demand for energy. Here are few facts on solar energy that can help you assess the potential of solar energy to meet global requirements.

What is Solar Energy?

Solar energy refers to energy from the sun. The sun has produced energy for billions of years. It is the most important source of energy for life forms. It is a renewable source of energy unlike non- renewable sources such as fossil fuels. Solar energy technologies use the sun’s energy to light homes, produce hot water, heat homes as shown in solar tankless water heater reviews and electricity.

The main benefit of solar energy is that it does not produce any pollutants and is one of the cleanest source of energy. It is a renewable source of energy, requires low maintenance and are easy to install. The only limitation that solar energy possess is that it cannot be used at night and amount of sunlight that is received on earth is depends on location, time of day, time of year, and weather conditions.

Below are 40 Facts on Solar Energy

Fact 1: Solar energy is a completely free source of energy and it is found in abundance. Though the sun is 90 million miles from the earth, it takes less than 10 minutes for light to travel from that much of distance.

Fact 2: Solar energy which comprises of radiant heat and light from the sun can be harnessed with some modern technology like photo-voltaic, solar heating, artificial photosynthesis, solar architecture and solar thermal electricity.

Fact 4: The earth gets 174 Petawatts of incoming solar radiation in the upper atmosphere. About 30% is reflected back to space and the rest is absorbed by oceans, clouds and land masses.

Fact 5: The water cycle is an important result of solar insulation. The earth, oceans and atmosphere absorb solar radiation and their temperature rises. Warm air rises from the oceans causing convection. When this air rises to high altitudes, clouds are created by condensation of water vapor. These clouds cause rains that bring water back to the earth’s surface which completes the water cycle.

Fact 6: Solar energy has also another use. By means of photosynthesis, solar energy is converted by green plants into chemical energy which creates the bio mass that makes up the fossil fuels.

Fact 7: Horticulture and agriculture seek to make the maximum use of solar energy. These include techniques like timing of planting cycles and mixing of plant varieties. Green houses are also used to convert light into heat to promote year round cultivation of special crops.

Fact 8: Solar powered hot water systems utilize solar energy to heat water. In certain areas, 60 to 70% of water used domestically for temperatures as high as 60 degree Celsius can be made available by solar heating.

Fact 9: Solar chimneys are passive solar ventilation systems. Shafts connect the interior and exterior of the building. The functioning can be improved by glazing and using thermal mass materials.

Fact 10: Solar energy can also be used for making potable, brackish or saline water. Without using electricity or chemicals, waste water can be treated. Creating salt from sea water is also one of the oldest uses of solar energy.

Fact 14: Solar chemical processes replace fossil fuels as a source for chemical energy and can make solar energy storable and transportable. Photosynthesis can create a variety of fuels. Technology for producing Hydrogen is a major area of solar chemical research.

Fact 15: Thermal storage systems can store solar energy in the form of heat by using common materials with high specific heat such as stone, earth and water. Solar energy can be stored also in molten salts.

Fact 16: The oil crisis of 1970 revealed the delicate nature of fossil fuels as a source of energy for the world. As such research in alternative, renewable energy technology like that of solar and wind energy gained momentum.

Fact 17: Solar energy is being recognized as the future of alternative energy sources as it is non polluting and helps combat the Greenhouse effect on global climate created by use of fossils fuels.

Fact 18: Common domestic use of solar energy is from solar panels which absorb solar energy to use for cooking and heating water.

Fact 19: Solar energy produce no pollution, have no environmental effects and is ecologically acceptable.

Fact 20: Solar energy is one of the most widely used renewable source of energy. One can use renewable energy technologies to convert solar energy into electricity.

Fact 21: Space missions by various countries use solar energy to power their spaceships.

Fact 23: With new advancements in scientific researches, solar energy could be more affordable in future with decreasing costs and increasing efficiency.

Fact 24: Solar energy could prove to be the major source of renewable energy because of its massive potential and long-term advantages.

Fact 25: The earth receives about 1, 366 watts of direct solar radiation per square meter.

Fact 26: The largest solar power plant in the world is located in the Mojave Desert in California, covering 1000 acres.

Fact 27: Solar energy is the preferred mode of creating power where the need is temporary. For e.g.: temporary fairs, mining sites, Olympics.

Fact 28: Solar energy can also be used to power calculators.

Fact 29: Solar panels are virtually maintenance free since the batteries require no water or other regular service and will last for years. Once, solar panels are installed, there are no recurring costs.

Fact 30: Solar power can significantly reduce the electricity bills. Moreover, there are many tax incentives and rebate programs designed to spur the use of solar, and save home owners money at the same time.

Fact 31: Solar power is noise pollution free. It has no moving parts, and does not require any additional fuel, other than sunlight, to produce power.