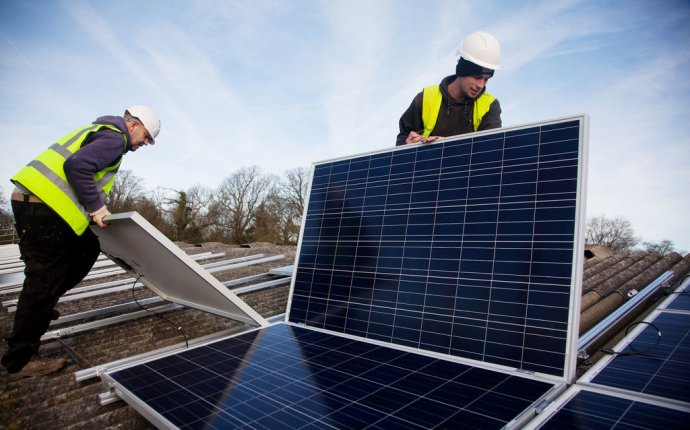 In the predominantly African-American neighborhood of Broadway Heights in San Diego, nearly half of the 192 homes have rooftop solar panels. Neighbor after neighbor talks about what they could now afford. They were paying $200 and $300 a month in electric bills. Now they’re paying zero to $50.

“Now I can get my air conditioner!” said Thresia Route, 62, an information technology administrator.

“Last month the bill was $4, then this month it was $14, ” Felder said. “It was so low I said something was wrong, so I called. They said it was because I had credits from the solar.”

These are among the thousands of moderate- to low-income families and fixed-income retired seniors who are the vanguard in communities of color that are now enjoying solar power. Under a wide variety of state and federal policies and funding mechanisms, and under both nonprofit and for-profit business models, such families are changing the face of renewable energy, broadening the diversity of solar customers with respect to race and income.

For most families I interviewed on behalf of the Union of Concerned Scientists, the original attraction was less about getting away from fossil fuels than getting away from the high-energy bills associated with those dirty fuels. According to a 2016 report by the American Council for an Energy-Efficient Economy and Energy Efficiency for All, households under $25, 000 in median income have an “energy burden” more than triple that of households of at least $90, 000 in median income. Energy burden is the percentage of income a family spends on energy.

The potential savings from solar are significant enough that improvements in quality of life are abundant and instantly come to mind in home after home, from funding college for children to creature comforts and consumer goods that wealthier families take for granted. In their own way, these residents appreciate solar with all the verve of eco-celebrities Johnny Depp, Julia Roberts and Leonardo DiCaprio.

In the affordable Latino and Hmong home-owner development of Little Long Cheng in Fresno, California, 35 of 42 homes have solar. Construction truck driver Jose Rodriguez, 52, and homemaker wife Arcelei, 50, said their $1, 000 a year in savings from their 2009 rooftop system helped pay for a son’s education at Fresno State.

“I got my solar at a perfect time, ” Jose Rodriguez said. “With the recession, my boss told me I could only work part time. I could keep putting my money toward education instead of the bills.”

In the Brownsville section of Brooklyn, Eric Pritchard, 64, said he was in his third month of solar power atop his home in the historic Nehemiah Houses. About 155 homes have contracted for solar in the affordable development, which was built in the 1980s. A collaboration of churches, community groups and the city worked out an unprecedented plan to sell homes for $43, 000 with donated city land, tax abatements and below-market-rate mortgages.