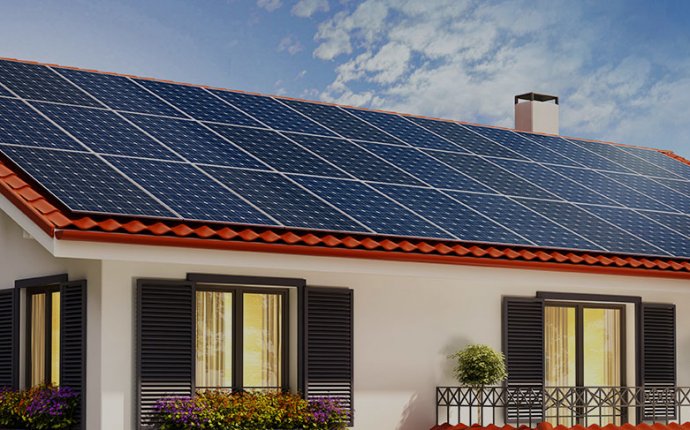 Solar panel manufacturers are pushing to impose trade penalties on imports to the United States, dividing their industry while potentially creating a new trade case for President Trump.

Two companies that manufacture solar panels and related technology in the United States are asking the Trump administration to impose pricing policies, such as tariffs or price floors, on imported panel technologies.

Suniva Inc. and SolarWorld USA say a surge of cheap imports from China and elsewhere are destroying domestic manufacturing of the panels.

Suniva filed a petition with the International Trade Commission (ITC) for the trade remedies in May, shortly after filing for bankruptcy. SolarWorld, a unit of a German company, joined the case later that month after making big job cuts.

But the Solar Energy Industries Association (SEIA), which represents much of the rest of the solar industry, including some U.S. manufacturers, is fighting the effort, which it says would decimate solar power and threaten the growth the sector has seen over the last decade by significantly raising prices.

The SEIA commissioned a study last week that said 88, 000 jobs would be lost if Suniva won.

The industry’s dispute is likely to be settled by the White House.

Under Section 201 of the Trade Act, Trump has wide-ranging authority to implement protections if he believes that the domestic industry has been injured seriously.

The ITC is due to make a recommendation to Trump after its investigation ends later this year.

It’s not yet known which side Trump might favor, but he campaigned on protecting American manufacturing and has long been skeptical of imports to the United States.

“There’s a very good chance that if the ITC says that there is injury, chances are that Donald TrumpDonald Trump Gingrich: Mueller’s Trump investigation will be a ‘personal vendetta’ Corey Lewandowski: GOP, buckle down and vote to kill ObamaCare Former White House chief of staff: Current 'chaos' a reflection of Trump MORE would give them protection, ” Michael Moore, a trade economist at George Washington University, told The Hill.

The controversy specifically centers on photovoltaic cells and modules, the pieces in solar panels that take the sun’s radiation and turn it into electricity.

Only about 13 percent of the solar panels installed last year in the United States were produced domestically.

“It’s really a fight between a few of the remaining domestic manufacturers against almost everyone else in the solar industry. Those who sell and install it, but also asset management companies, the software companies, the engineering and procurement companies, ” said Shayle Kann, head of GTM Research, the clean-energy research unit of Greentech Media.

To Suniva and SolarWorld, the huge growth in the solar sector has left behind U.S. producers.

“While this action is not undertaken lightly, the fact is the American [crystalline silicon photovoltaic] cells and modules industry is disintegrating, ” Suniva wrote to the ITC.

“This industry simply cannot survive in a market where foreign CSPV cell and module imports into the United States have unexpectedly exploded and prices have collapsed.”

Christian Hudson, an attorney at Mayer Brown who represents Suniva, said that a Section 201 petition is the best option so that Suniva and its peers can get back on their feet.

“Once U.S. solar manufacturing jobs and the industry as a whole are gone, they are not likely to come back because the investment in the industry will dry up, leaving behind only fluctuating project-to-project and part-time construction jobs for solar panel installation, ” he said.

“The solution is to create breathing space for the U.S. industry to rebuild.”

“Unfortunately, the U.S. solar manufacturing industry has no other choice, because it’s almost been driven into extinction by these trade practices, ” said Timothy Brightbill, a Wiley Rein attorney representing the firm.

On the campaign trail and since taking office, Trump has frequently criticized countries that import to the U.S. and cited the trade deficit as an indicator that other countries, like China, are taking advantage of the U.S.

The president has also expressed a willingness to use the power of his office to boost domestic manufacturing.

“We have a strong case that U.S. solar manufacturing has been injured, and we think that strongly aligns with the administration’s interest in promoting U.S. jobs and U.S. manufacturing, ” Brightbill said.

Abigail Ross Hopper, president of the SEIA, said her group supports domestic panel manufacturers. But trade penalties are not the best way to boost manufacturing, she said.

“If you want to have an honest conversation about how to bolster cell and module manufacturing in the United States, then we should have that conversation, ” she said. “We shouldn’t employ these blunt instruments and bash our industry over the head with those legal proceedings.”