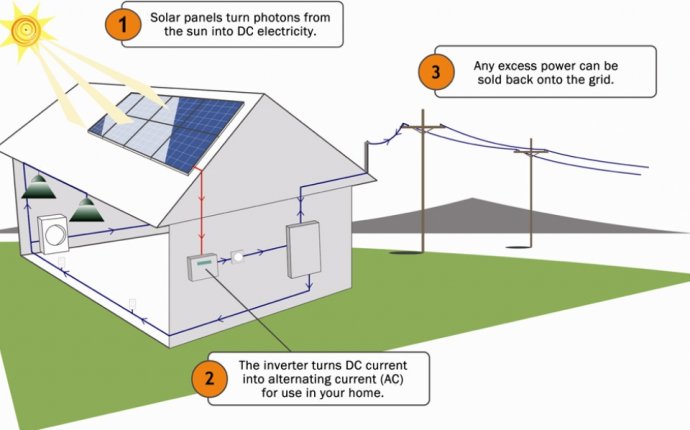 New research sponsored by the Department of Energy shows that buyers are willing to pay more for homes with rooftop solar panels — a finding that may strengthen the case for factoring the value of sustainable features into home appraisals.

The study, conducted by the Lawrence Berkeley National Laboratory in California, examined sales data for almost 23, 000 homes in eight states from 2002 to 2013. About 4, 000 of the homes had solar photovoltaic systems, all of them owned (as opposed to being financed through a lease with the solar company).

Researchers found that buyers were willing to pay a premium of $15, 000 for a home with the average-size solar photovoltaic system (3.6 kilowatts, or 3, 600 watts), compared with a similar home without one. Put another way, that translates to about four additional dollars per watt of solar power.

The study involved more solar property sales than previous research, making this sample particularly “robust, ” said Sandra Adomatis, an appraiser in Punta Gorda, Fla., who is considered an expert in “green” valuation and is one of the study’s authors.

“This study is important for the buying public and the lending side, ” Ms. Adomatis said, “and appraisers can say, here’s some proof there is some value to the system.”

More homeowners have been installing these systems as the cost of solar technology has dropped over the last decade. As of mid-2014, more than a half-million homes had solar systems, according to the report.

Real estate agents, appraisers and lenders are still trying to catch up with the technology, along with other energy-saving features, in terms of calculating their effect on home values — or lack thereof — in any given market.

Fannie Mae has acknowledged the growing proliferation of solar. In December, the government-sponsored institution issued a guideline specifying that if a house has an owned solar system, the appraiser should analyze the system and the market to see if it adds value.

Long Island’s high electric costs have made it an attractive market for solar. About 40 percent of all systems installed in New York are on Long Island, according to the state’s Energy Research and Development Authority. Buyers are “certainly willing to pay more” for a house with the electric bills to prove the savings attached to its solar system, Mr. O’Connor said. But, he added, most lenders haven’t yet recognized that market shift.

Arthur Wilson, a builder developing five homes (all presold) with geothermal and solar panels in Middle Island on Long Island, has had his own issues with lenders. He said that an appraisal of $498, 000 for the second house to be completed was recently “shot down” as too high by bank reviewers who he said were untrained in valuing green home features.

The lender asked Mr. O’Connor to look at the appraisal, and he said that he believed it was accurate in estimating the value of energy-saving features.

“Any new item or feature is always a nightmare in appraising, ” Mr. O’Connor said.

He noted that, under the new Fannie Mae guideline, appraisers may not add value for leased solar systems, which are increasingly popular because they usually require no money upfront.