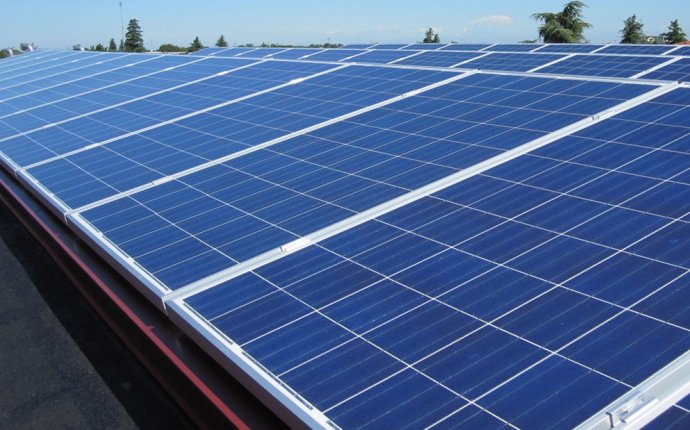 PV is emerging as a major power resource, steadily becoming more affordable and proving to be more reliable than utilities. Photovoltaic power promises a brighter, cleaner future for our children.

Using the technology we have today we could equal the entire electric production of the United States with photovoltaic power plants using only about 12, 000 square miles.

In 1839, Edmund Becquerel discovered the process of using sunlight to produce an electric current in a solid material, but it wasn't until a century later that scientists eventually learned that the photovoltaic effect caused certain materials to convert light energy into electrical energy.

The photovoltaic effect is the basic principal process by which a PV cell converts sunlight into electricity. When light shines on a PV cell, it may be reflected, absorbed, or pass right through. The absorbed light generates electricity.

In the early 1950s, photovoltaic (PV) cells were developed as a spin-off of transistor technology. Very thin layers of pure silicon are impregnated with tiny amounts of other elements. When exposed to sunlight, small amounts of electricity are produced. Originally this technology was a costly source of power for satellites but it has steadily come down in price making it affordable to power homes and businesses.

Cells Semiconductor device that converts sunlight into direct current (DC) electricity Modules PV modules consist of PV cell circuits sealed in an environmentally protective laminate and are the fundamental building block of PV systems Panels PV panels include one or more PV modules assembled as a pre-wired, field-installable unit Array A PV array is the complete power-generating unit, consisting of any number of PV modules and panels

A single PV cell is a thin semiconductor wafer made of two layers generally made of highly purified silicon (PV cells can be made of many different semiconductors but crystalline silicon is the most widely used). The layers have been doped with boron on one side and phosphorous on the other side, producing surplus of electrons on one side and a deficit of electrons on the other side.

When the wafer is bombarded by sunlight, photons in the sunlight knock off some of excess electrons, this makes a voltage difference between the two sides as the excess electrons try to move to the deficit side. In silicon this voltage is .5 volt

Metallic contacts are made to both sides of the semiconductor. With an external circuit attached to the contacts, the electrons can get back to where they came from and a current flows through the circuit. This PV cell has no storage capacity, it simply acts as an electron pump.

The amount of current is determined by the number of electrons that the solar photons knock off. Bigger cells, more efficient cells, or cells exposed to more intense sunlight will deliver more electrons.

A PV module consists of many PV cells wired in parallel to increase current and in series to produce a higher voltage. 36 cell modules are the industry standard for large power production.

The module is encapsulated with tempered glass (or some other transparent material) on the front surface, and with a protective and waterproof material on the back surface. The edges are sealed for weatherproofing, and there is often an aluminum frame holding everything together in a mountable unit. In the back of the module there is a junction box, or wire leads, providing electrical connections.

There are currently four commercial production technologies for PV Modules:

Single Crystalline
This is the oldest and more expensive production technique, but it's also the most efficient sunlight conversion technology available. Module efficiency averages about 10% to 12%*

Polycrystalline or Multicrystalline
This has a slightly lower conversion efficiency compared to single crystalline but manufacturing costs are also lower. Module efficiency averages about 10% to 11%*

String Ribbon
This is a refinement of polycrystalline production, there is less work in production so costs are even lower. Module efficiency averages 7% to 8%*

Amorphous or Thin Film
Silicon material is vaporized and deposited on glass or stainless steel. The cost is lower than any other method. Module efficiency averages 5% to 7%*

PV panels include one or more PV modules assembled as a pre-wired, field-installable unit. The modular design of PV panels allows systems to grow as needs change. Modules of different manufacture can be intermixed without any problem, as long as all the modules have rated voltage output within 1.0 volt difference.

A PV Array consists of a number of individual PV modules or panels that have been wired together in a series and/or parallel to deliver the voltage and amperage a particular system requires. An array can be as small as a single pair of modules, or large enough to cover acres.