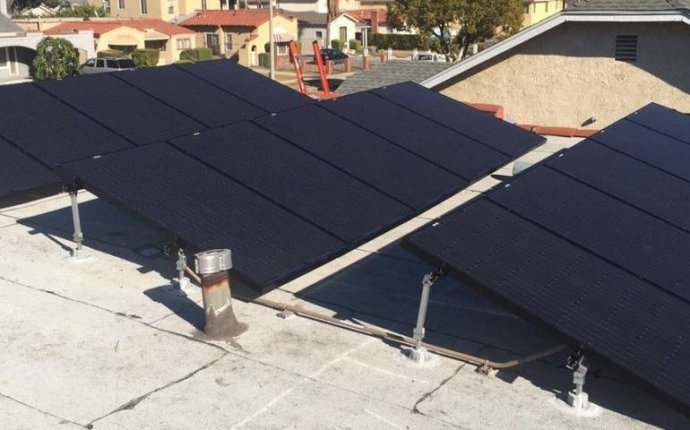 A solar-system installation doesn't have to take a huge amount of time and energy. By making the right decisions early on for a particular project, you can minimize not only the cost of installation, but also the need for further maintenance. In the end, this allows you to take on more projects and grow your solar business without a lot of wasted time.

1. Analyze your options for inverters

The inverter converts the direct-current (DC) output collected by the solar panels into alternating current (AC), used to power homes or businesses. There are many different manufacturers and suppliers of inverters. In the past it was common for an inverter to only be 80-85% efficient, but more recently, inverters have become more efficient and reliable, with today's inverters generally rated to be 92-96% efficient.

There are two main types available today: central inverters and microinverters, both of which have pros and cons depending on the particular project and site design. Central, or string, inverters are currently the most cost-effective inverter option available in the U.S. and have been used for decades. This type of inverter "strings" panels together to create a single solar system. It is a tried-and-true technology that is reliable and easy to install. If the roof is fully exposed to sunlight throughout the day and faces in a single direction, a central inverter is a good option. However, if one or more of the solar panels are likely to be shaded during any part of the day, the power output from all the panels that are strung together would be reduced to the lowest panel production level. This is a common issue when solar panels are installed on a roof with multiple planes and/or facing different directions, such as a gabled roof. In these cases the solar output from each panel can vary greatly and the system will only "see" the output up to the level of the lowest panel power. This can result in far less power being generated. One other issue with central inverters is that all the power is aggregated so that any monitoring system only sees the system output in total and can not identify problems with any specific panel.

Microinverters are a newer technology and are rapidly gaining popularity, especially for residential solar systems. They are more expensive than central inverters, but as they become more commonplace, cost is anticipated to come down. Unlike a central inverter, where all panels are strung together into a single system, one microinverter is installed on each panel (this is sometimes called running the system in parallel). With the electric conversion taking place at each panel, one of the major advantages of microinverters is that they mitigate the negative impacts of partial or complete shading, making them a good choice for roofs with shading or direction issues. Microinverters also monitor the performance of individual solar panels, making it easier to identify failure points.

2. Use the right mounting system

Pairing a customer with the right mounting system takes into consideration a bit more than just personal preference. For rooftop installations, new technology has undergone both standardization and simplification, so that there are now mounting options that are cheaper, simpler and easier to install than ever before. Some of these even use locking systems that don’t require the use of additional tools. That being said, rooftop mounting still requires more time and equipment. Installing a roof-mount system requires the installer to be more than a solar expert: you are now in the home construction business. Roofs have their own set of concerns-everything from durability to drainage-that need to be considered when installing a solar system.