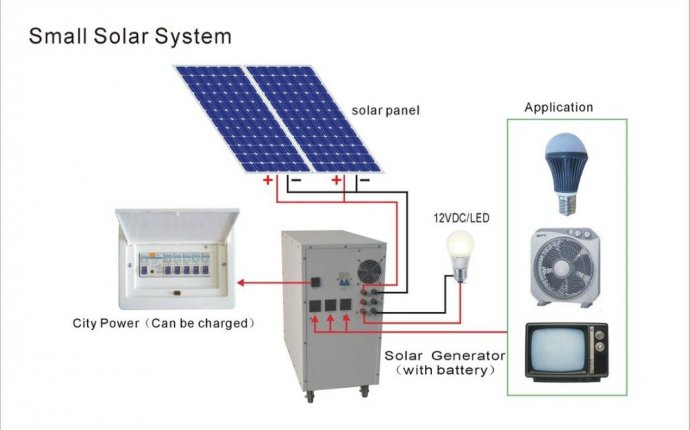 The installed price of solar energy has declined significantly in recent years as policy and market forces have driven more and more solar installations.

A full analysis of the ongoing decline in solar prices can be found in two separate Lawrence Berkeley National Laboratory Reports: focuses on installed pricing trends in the distributed rooftop solar market while focuses on large-scale solar farms that sell bulk power to the grid.

Put together, the reports show that all categories of solar have seen significantly declining costs since 2010. Furthermore, larger solar installations consistently beat out their smaller counterparts when it comes to the installed cost per rated Watt of solar generating capacity (or $/WDC).

The installed cost includes everything needed to get a solar power system up and running: the panels, the power electronics, the mounting hardware, and the installation itself. The continued decline in total installed cost is noteworthy considering the fact that the price of the solar panels (or modules) themselves has remained relatively flat since 2012. This means that the decline in installed cost observed since 2012 was largely caused by a decline in the cost of the inverters that convert the DC power produced by solar panels to AC power for the grid and other “soft” costs such as customer acquisition, system design, installation, and permitting.

While the total installed price of solar has continued to decline, the price of the solar panels or modules themselves has remained relatively flat since 2012, indicating a decline in non-module costs. Credit: LBNL

Perhaps the most interesting piece of data to come out in the latest Lawrence Berkeley National Lab reports is the trend in the price of solar power purchase agreements or PPAs. These prices reflect the price paid for long-term contracts for the bulk purchase of solar electricity. The latest data show that the 2015 solar PPA price fell below $50 per megawatt-hour (or 5 cents per kilowatt-hour) in 4 of the 5 regions analyzed. In the power industry, the rule of thumb for the average market price of electricity is about $30 to $40 per megawatt-hour—so solar is poised to match the price of conventional power generation if prices continue to decline.

The price paid for long-term solar power purchase agreement (PPA) contracts in 2015 fell below 50 dollars per megawatt-hour (or 5 cents per kilowatt-hour) in 4 of the 5 regions analyzed. Credit: LBNL

Going forward, the declining price of solar across all categories demonstrated by the latest Lawrence Berkeley National Laboratory reports coupled with the extension of the federal renewable energy investment tax credit through 2019 should drive a continued expansion of the U.S. solar market and even more favorable economics in the next few years. It will certainly be interesting to see what kind of market dynamic develops as solar approaches the tipping point where it becomes more economical than conventional forms of electricity generation.