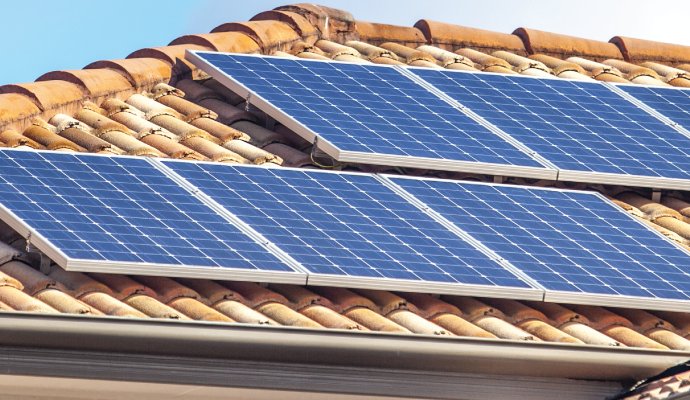 How to Use solar Power at Home?

Remember when the most likely place to glimpse solar in action was the little strip attached to a pocket calculator? Well, fortunately solar photovoltaic (PV) technologies have come a long way, and now it’s common to see PV panels on residential and commercial rooftops around the country. This dramatic rise in residential solar PV installations is depicted below in UCS’s new solar infographic. From 2006 to 2013, the number of homes with solar grew by more than 1, 000 percent.

As explained by the infographic and in our new report, , solar installations are likely to continue increasing at an impressive rate. Projections from the U.S. Department of Energy (DOE) suggest we’re headed to almost 1 million homes by 2020 (DOE Annual Energy Outlook 2014). If solar costs significantly decline from today’s levels, DOE’s SunShot study predicts that solar installations could grow to nearly 4 million homes by 2020.

There are several reasons for this transformation, like innovative financing and ownership structures that have lowered upfront installation costs. PV panel prices and related components have declined significantly, and the “soft” costs like labor and permitting have gone down as well. Many states have also enacted policies that provide homes and businesses with incentives to go solar, and some states, like California and Minnesota, have created programs to encourage solar installations in low-income neighborhoods.

As a result, new solar rooftops are popping up in more locations across the country and in neighborhoods representing a wider socioeconomic range than ever before. As discussed in our report (see page 6), in 2011 and 2012, the largest number of residential solar systems installed in Arizona and New Jersey were in neighborhoods with median incomes of $40, 000 to $50, 000 and $30, 000 to $40, 000, respectively.

Although most people have a vague sense of solar’s growing contribution to our electricity system, it’s helpful to have a visual that illustrates just how fast the market is growing. But a growing market does not mean that solar supporters can call it a day. The ability of citizens and businesses to capitalize on solar’s potential will not happen by itself. The US electricity sector is still largely supplied by fossil fuel generation, and states need to protect and strengthen their policies that promote clean energy development and adequately price the social and environmental costs of burning coal and natural gas.

The federal investment tax credit, which has helped the solar industry compete against other more entrenched electricity sectors, will significantly decline at the end of 2016 and should be renewed. Utilities need to find new ways to find revenues to operate poles and wires that make our electricity grid work, while encouraging more of their customers to go solar and provide their own clean electricity. And finally, we need to continue supporting research and development that will bring down the cost of solar ever further, and develop complementary technologies that will enable us to overcome the biggest challenge to more solar energy, which is how to rely on it even when the sun is not shining.

As our infographic shows, there’s clearly a solar revolution underway. It’s something to celebrate, but not take for granted. Solar energy generation is still a small percentage of total US electricity generation—less than one percent in 2013. Actions still must be taken to make sure the country develops one of our cleanest and most abundant electricity sources on the planet.