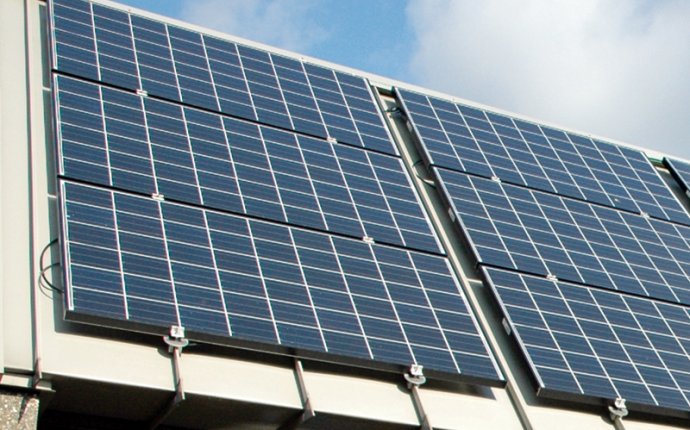 how to install Photovoltaic solar panels

Say "solar" and most people will think of photovoltaics (PV), the dominant technology in the field. Photovoltaics turn sunlight into electricity, using either silicon (the same type used in semiconductors) or what's called thin-film technology. Typically, when you see a solar panel on a roof, it is a photovoltaic (PV) panel made out of a silicon material and covered with a tempered glass enclosure to protect it from the elements.

Photovoltaic solar panels, also called PV modules, offer a dizzying array of technology choices in terms of cells, panels and configurations. Even the cells themselves can use monocrystalline, polycrystalline, metallurgical grade or a hybrid mix of silicon materials.

With so many different manufacturers and so many different panel types, much of the ultimate purchasing decision will be done with the guidance of a trusted professional installer.
Today, the price of the system and the associated cost per kilowatt hour (kWh) of electricity it generates is key. Solar photovoltaics is still an expensive means of generating electricity, especially when compared to coal, which is relatively cheap. Nationwide, retail residential electricity rates averaging $0.13/kWh. The amortized cost of electricity over the course of PV system's lifetime is typically around 18 cents/kWh. On a pure price basis, then, solar can't yet compete with conventional electricity.

However, when additional factors are accounted for, a compelling case can be made for solar. Solar PV systems make the most financial sense when:

(1) They are accompanied by government-sponsored incentive programs, which include rebates, tax credits, low-interest loans and grants. For more information, see our U.S. map of solar incentives.

(2) They are deployed to help offset large monthly electricty bills. In many cases, your monthly financing payments will be lower than what you were previously shelling out to your electric utility every month. As a general rule of thumb, solar PV systems make the most sense for individuals and business that are paying a high, per-kWh rate for retail electricity.