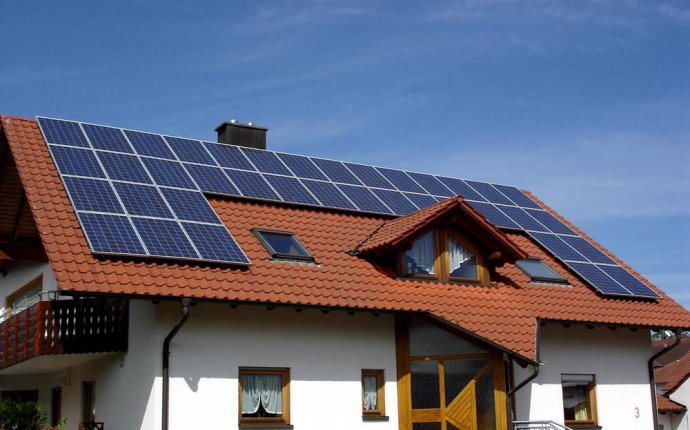 Photovoltaic (PV) modules make electricity from sunlight, and are marvelously simple, effective, and durable. They sit in the sun and, with no moving parts, can run your appliances, charge your batteries, or make energy for the utility grid.

A PV array is the energy collector—the solar “generator” and does so via the photovoltaic effect. Discovered in 1839 by French physicist Alexandre-Edmund Becquerel, the photovoltaic effect describes the way in which PV cells create electricity from the energy residing in photons of sunlight. When sunlight hits a PV cell, the cell absorbs some of the photons and the photons’ energy is transferred to an electron in the semiconductor material. With the energy from the photon, the electron can escape its usual position in the semiconductor atom to become part of the current in an electrical circuit.

Most PV cells fall into one of two basic categories: crystalline silicon or thin-film. Crystalline silicon modules can be fashioned from either monocrystalline, multicrystalline, or ribbon silicon. Thin-film is a term encompassing a range of different technologies, including amorphous silicon, and a host of variations using other semiconductors like cadmium telluride or CIGS (copper indium gallium diselenide). Thin-film technology generates a lot of the current R&D chatter, but crystalline modules currently capture more than 80% of the marketplace.

To use the energy from the array, you may also need other components, such as inverters, charge controllers and batteries, which make up a solar-electric system. The components required are dependent on the system type designed. System types include:

PV-DIRECT SYSTEMS: These are the simplest of solar-electric systems, with the fewest components (basically the PV array and the load). Because they don’t have batteries and are not hooked up to the utility, they only power the loads when the sun is shining. This means that they are only appropriate for a few select applications, notably water pumping and ventilation—when the sun shines, the fan or pump runs.