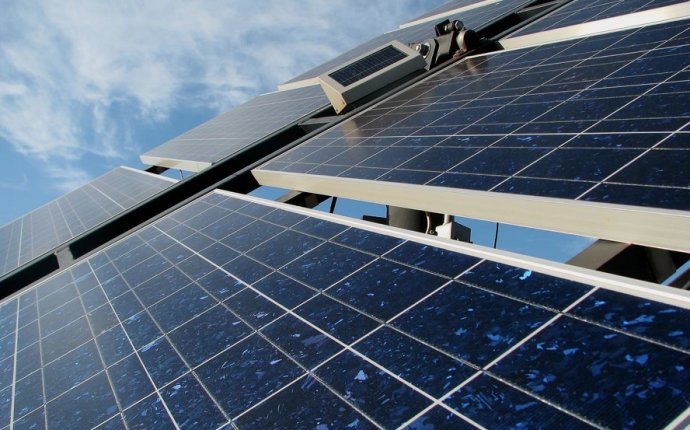 By Nick Gromicko and Kenton Shepard

Home and commercial property inspectors should understand the fundamentals about off-grid photovoltaic (PV) systems as part of their ongoing professional education. Although InterNACHI’s Standards of Practice for both residential and commercial property inspections explicitly exclude PV arrays, recognizing their components and knowing how these systems work will help inspectors to be safe on the job. Safety is especially important, as an ancillary inspection of a PV system, or even encountering one in the course of a standard roof inspection, carries with it certain hazards, such as burns, electrical shock, and even electrocution, which can be fatal. Because different jurisdictions may have different installation and maintenance requirements, an inspector who wishes to incorporate PV array inspections (as part of a green inspection, etc.) should seek specific training that covers the typical models and systems that s/he may encounter in his/her service area. Such training should include the ability to recognize and identify obvious defects for and limitations of the unit, rather than determining whether it is in acceptable condition.

Most of these photos show an off-grid home built in 1984 that originally had a PV system installed. The system was upgraded in 2006 using both old and new components. Some aspects of the upgrade failed to meet current safety standards; for that reason, it is a good representation of some of the conditions that inspectors may encounter.

Off-grid home (rear) with a pole-mounted array at left

An off-grid system describes a home’s electrical system that is not connected to the local power utility’s electrical grid. Instead, the home uses rectangular solar cells that are connected together to form PV modules, commonly called panels, that convert sunlight into electricity. This electricity charges a bank of batteries that power the home, as well as store power for use during the night and when the sun is not shining strongly enough to allow the panels to produce enough electricity to meet the home’s electrical demands.

Most homes have a backup generator that will automatically activate to charge the batteries when a sensor indicates that the charge has dropped to a specified level. When the batteries are full, excess electricity produced by the panels may be diverted from the batteries to the home.

Grid-tie system for a home with an interior main panel

The labels in the photos above are for a grid-tie system whose main electrical panel is located inside the home. Labeling must be visible from the home’s exterior so that power company employees and firefighters can see it without having to enter the home.

The labels depicted below indicate that the PV installers used an existing exterior main panel. In both systems, the original electrical meter has been replaced with a net meter that spins backwards when the PV system produces more electricity than the home uses.

Off-grid systems first came into residential use primarily in the late 1970s. Older systems and components may not be well-designed, and some older systems still around today may have been added onto – possibly multiple times, and not always by people who were properly trained to do so. The popularity of green energy in recent decades means that system designs and components have improved, along with the training of qualified contractors.

Overview diagram of an off-grid system
(Courtesy of Backwoods Solar)

Sunlight striking solar cells is converted to direct current (DC) electricity, which travels through weather- and UV-resistant conductors to a combiner box.

Six PV modules with electrical connections.
The combiner box is located about 18 inches down from the top of the pole.

A combiner box. The round canister is a surge protector for protection
from lightning strikes. It contains an energy-absorbing foam.

A defect discovered at this combiner box includes
the damaged insulation that exposes the conductors to weather.

In the photo below, the conductor is not encased in a conduit. This condition exposes the conductor to damage from impact or abrasion.

The conductor should be encased in a conduit.

The conductor is routed through a hole in the roof, and the penetration is protected with sealant instead of flashing. Sealant eventually dries, shrinks and cracks, leaving an avenue for moisture intrusion. A conductor that is properly installed is encased in a metal conduit. If the conduit does not enter the home structure, a plastic conduit is acceptable, but not preferable.

This conductor is improperly routed through the roof.

The charge controller monitors the condition of the battery bank and acts as a transformer, allowing the batteries to be charged as needed, and limiting the amount of current used in charging so that the batteries don’t overheat. Overheated batteries could lead to an explosion that could spray acid over everything nearby.

In addition to routing electrical current to the batteries, the charge controller may also divert current to a DC load center that controls branch circuits and feeds lighting and/or appliances that run on DC instead of AC (active current).

From the batteries, and sometimes directly from the charge controller, the current flows through an inverter that changes the electricity from DC to AC so that it can be utilized by conventional appliances and devices in the home. Current moves from the inverter to an AC load center (the main electrical panel); from there, it is routed to branch circuits that feed devices, lighting and appliances that use conventional 120- or 240-volt AC current.