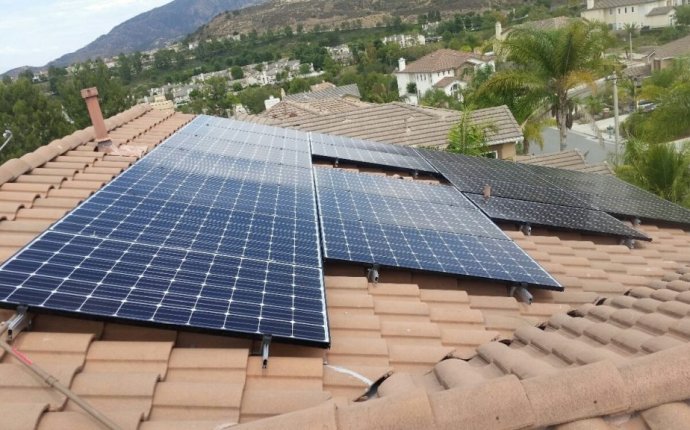 But how do you best ensure the spread of solar power so that it proliferates quickly, and thus helps reduce our carbon emissions?

A new report on the future of solar power from the MIT Energy Initiative argues that from a societal perspective, the most popular and visible solar deployment today — atop residential rooftops — may not be the most economically optimal one. “If the objective of deployment support policies is to increase solar generation at least cost, favoring residential PV [solar photovoltaic] makes no sense, ” it states.

The reason, explains Francis O’Sullivan, director of research and analysis at the MIT Energy Initiative, is the way current subsidies for solar energy work in the U.S. The federal subsidy (or tax credit) is “investment based, ” which essentially means that it focuses on dollars spent to install solar, rather than the amount of generating capacity installed.

And as the MIT report puts it, “Because residential solar has a higher investment cost per peak watt, and because the magnitude of the federal subsidy is based on a provider-generated calculation of fair market value, residential solar receives far higher subsidies per watt of deployed capacity than utility-scale solar.”

The report essentially argues that solar energy costs more per unit of generating capacity on rooftops than on vast solar farms. Therefore if the two types receive the same cost-based subsidy then more money will be paid for less generating capacity with rooftop systems than with large utility-scale arrays.

…the per-kWh subsidy necessary to make residential PV competitive in central Massachusetts is 2.2 times the subsidy necessary to make utility-scale PV competitive. In California, this ratio is 2.9. With a $40/tonne tax on CO2 emissions, these ratios become 2.4 and 4.1, respectively. That is, any given total subsidy outlay borne by taxpayers and/or electricity consumers — if it is devoted to subsidizing residential-scale PV — will produce only a fraction of the solar electricity that would be produced if the same amount of subsidy were devoted to supporting utility-scale PV generation.

The argument, it is important to emphasize, is not that you shouldn’t put solar on your roof if you want to — but simply that government subsidies should favor installations that promote the most generating capacity per dollar spent.

The solar industry disputed the report Tuesday, saying it offered “an incomplete and flawed picture of solar economics” in a statement from Ken Johnson, vice president of communications at the Solar Energy Industries Association.

“The cost differences between rooftop and utility-scale solar are based, in large part, on inflated soft costs. We’re working hard to change that, ” said Johnson. He also objected that “the report fails to recognize the real value that rooftop solar provides, such as delivering power directly to load – which is especially important in places with congested grids – while also ignoring avoided energy and capacity costs, avoided transmission infrastructure and avoided distribution investment.”

Thus, while it may not be economically optimal, it is infectious. And for spreading solar energy, this Prius-like visibility may offer benefits that go beyond total energy generation.

Visibility is “a very legitimate issue, ” says MIT’s O’Sullivan, “but it should not be commingled with the issue of striving to reduce carbon emissions from the power sector, and putting subsidies in place to achieve that.”

“We have no particular preference as to where the solar and in what form the solar is deployed, ” O’Sullivan continues. “What we’re really focused on is making sure we get as much of it deployed as possible, per dollar available to support that.”